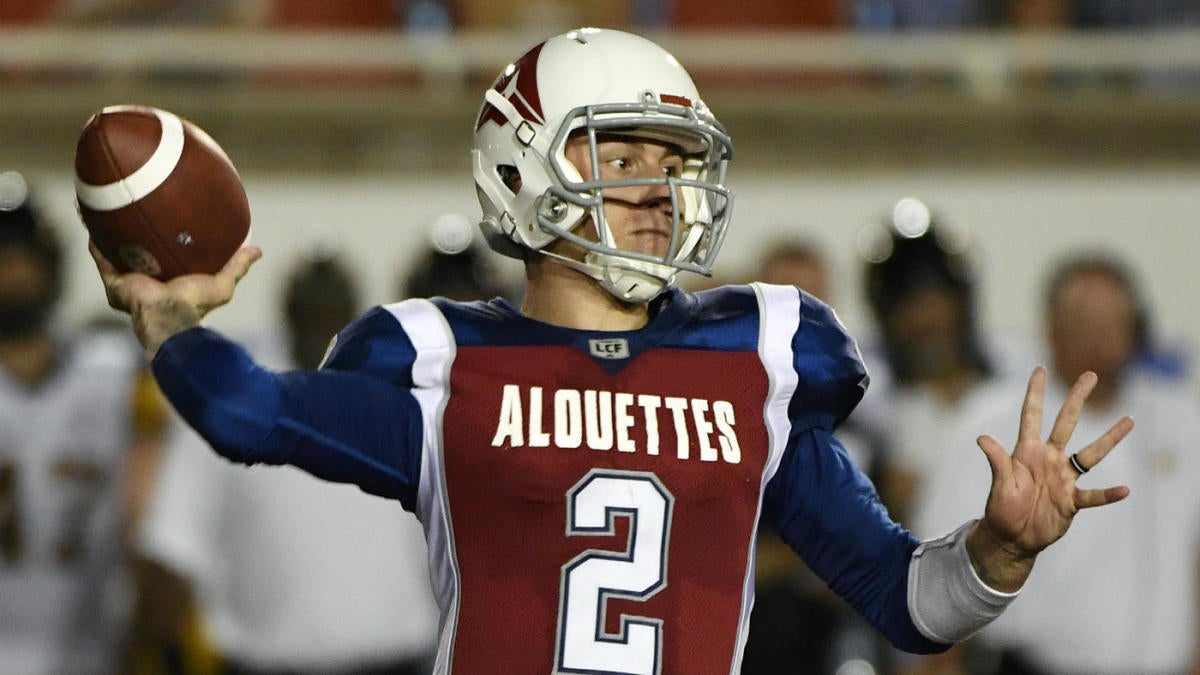 If Johnny Manziel gets an offer to join the new XFL, it sounds like he’s going to take it.

As the Houston Chronicle’s John McClain reported Saturday, the former NFL quarterback wants to reunite with June Jones, who briefly coached him in the Canadian Football League and now serves as coach and general manager for the revived XFL’s Houston team. That means he’s officially interested in joining his fifth professional football league in six years.

“I enjoyed every single day I had with Coach Jones,” Manziel told McClain on Saturday at NRG Arena. “Being in his offense was the best part of each day. I know he’s going to be successful wherever he’s coaching.”

Manziel continued by saying he wants to play in Texas and professed his adoration for Houston — not far from where he once starred as Texas A&M’s quarterback.

“It’s a stone’s throw from College Station,” he said. “A lot of Aggies drove from Houston to College Station. Houston’s a great city that’ll always be near and dear to me.”

Manziel’s comments come just over two weeks after Jones was introduced as the coach/GM of the XFL’s Houston team. Immediately following his introductory press conference, the former Hawaii and SMU coach talked up the possibility of reuniting with Manziel, telling reporters he assumed the ex-Cleveland Browns prospect would be in the XFL’s draft pool ahead of the league’s 2020 return.

Manziel first teamed up with Jones in the CFL in May 2018 following months-long contract negotiations and public disputes between the Hamilton Tiger-Cats and the QB’s agent. Just two months later, Manziel was traded to the Montreal Alouettes, having spent the first six weeks of Hamilton’s season on the bench, thus ending his short-lived partnership with Jones. Since entering the NFL as a first-round draft pick of the Browns in 2015, the much-maligned signal-caller has also appeared in The Spring League and the now-defunct Alliance of American Football, last playing for the AAF’s Memphis Express this spring.