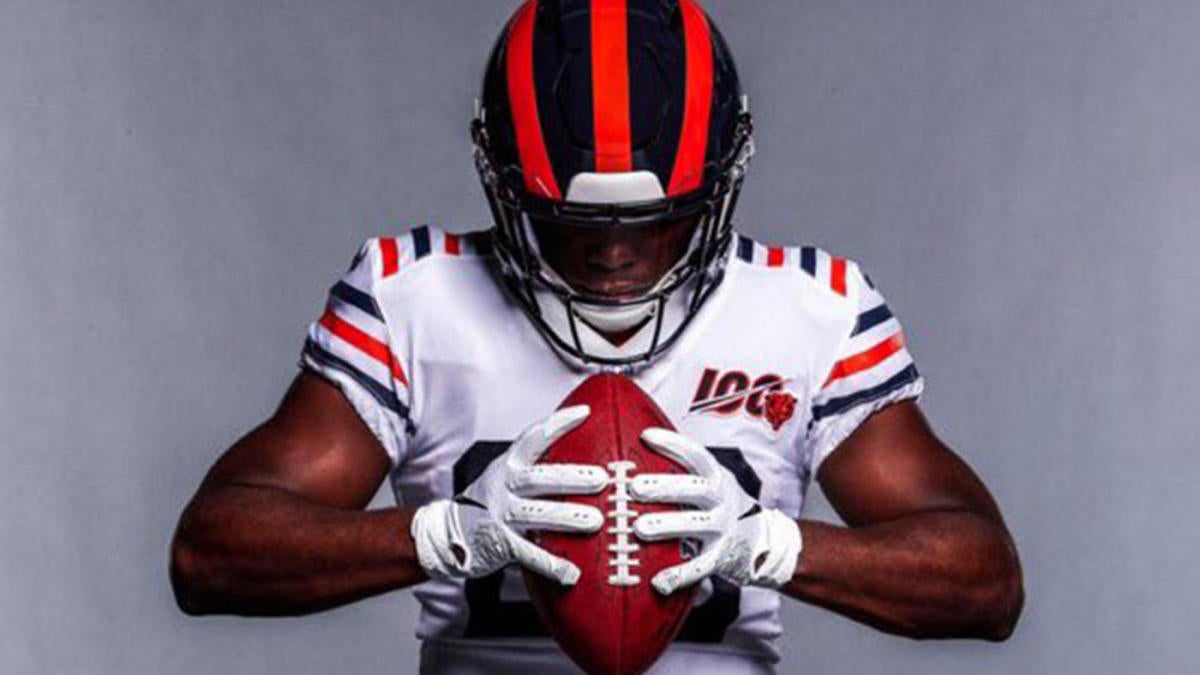 The Chicago Bears unveiled Friday their 1936 throwback uniforms, which they will wear twice during the 2019 season.

“Our classic uniform in our centennial season was a one-hit wonder in 1936,” said Bears chairman George H. McCaskey. “Bronko Nagurski and his teammates wore these on their way to a 9-3 record. We can only imagine what the fans’ reaction was to the uniform way back when. We hope today’s fans like it; they’ll certainly be talking about it.”

The Bears are celebrating their 100th season, and perhaps the most noteworthy aspect of these throwbacks are the helmets, which are navy with three orange stripes.

“The helmet is cool,” said cornerback Kyle Fuller. “I definitely wasn’t expecting it. I didn’t know what to expect. But to see that I think it added a little bit of pop to it.”

(Also worth mentioning: Those socks.)

McCaskey conceded that it was difficult to settle on a unique throwback uniform because the organization has made so few changes over the last century. Which brings us to 1936.

“This one really stood out because it was for only one year,” McCaskey said. “We thought it would be a great idea to bring it back and see if our fans like it. For that time, you think of uniforms being pretty drab, but this was a pretty dramatic statement, especially those socks. I love the socks. The socks make the uniform, in my opinion.”

As of Saturday morning 24 percent of respondents to a Twitter poll described the socks as their “favorite detail” about the throwbacks. The helmet got 33 percent of the vote while the jersey led the way with 39 percent. “Other” got the final four percent.

Incidentally, the ’36 Bears didn’t make the playoffs but the team was in the middle of a 15-year stretch in which they never had a losing season and racked up five championships.

The 2019 Bears will don the classic look on Sept. 29 against the Vikings and Dec. 5 against the Cowboys.