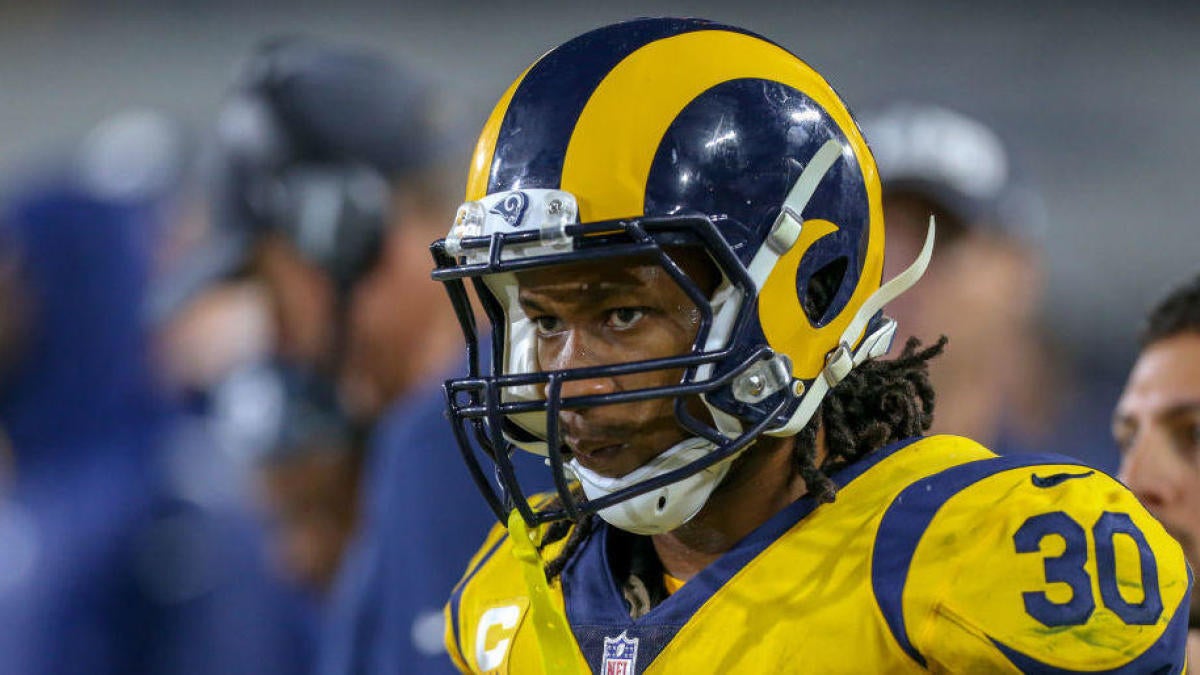 During a Thursday appearance on NFL Network, MJD revealed that Gurley was apparently dealing with his knee injury much earlier than anyone previously thought. According to Jones-Drew, who said he talked to Gurley this week, the injury actually happened during a Week 1 game against the Raiders, and then slowly got worse as the season went on.

As if there weren’t enough questions about the health of Gurley’s knee, Jones-Drew just added a bunch more. For instance, if Gurley was banged up, then he should have been on the injury report. Of course, it’s possible that he didn’t feel he was hurting enough to be listed on the injury report at that point in the season.

If Gurley did get injured in Week 1, that means he played in 13 more games before the Rams decided to pull the plug on the rest of his regular season. Gurley’s knee caused him to miss the final two games of the year. At the time, the Rams attributed Gurley’s absence to soreness and inflammation.

Since the end of the season, there has been nonstop speculation about Gurley’s knee. Back in March, CBSSports.com reported that there was so much concern over the knee that a stem cell procedure was being considered to fix it. And then there was also the report the Gurley is dealing with arthritis.

Adding to the speculation that Gurley isn’t quite healed yet is the fact that he hasn’t participated in any of the Rams offseason workouts, although Jones-Drew claims that’s by design.

“Todd has a plan to be ready throughout the course of the season,” Jones-Drew said. “They want to be sure that they don’t run Todd as much as they did last year and the year before all to where he can’t perform the last two games of the year, he’s got to take a rest to get him prepared for the playoffs. They want to make sure he’s fresh year-round and I think that’s important because Todd Gurley is an exceptional player.”

“We’re going to implement a plan to have him attack it to get that knee back to feeling full strength, feeling good based on just the amount of work that he’s gotten,” McVay said.

With the knee still a concern though, Gurley has apparently made the decision to lose some weight before the 2019 season in order to take pressure off his banged-up leg. If you’re a fantasy owner wondering how to play this, Jones-Drew did offer a prediction for how much he thinks Gurley will play this year.

One thing to keep an eye will be whether or not Gurley participates in minicamp next week. The Rams kick off their mandatory minicamp on June 11, and if Gurley’s still not practicing, that’s not a great sign, considering his knee has already had four months of rest.