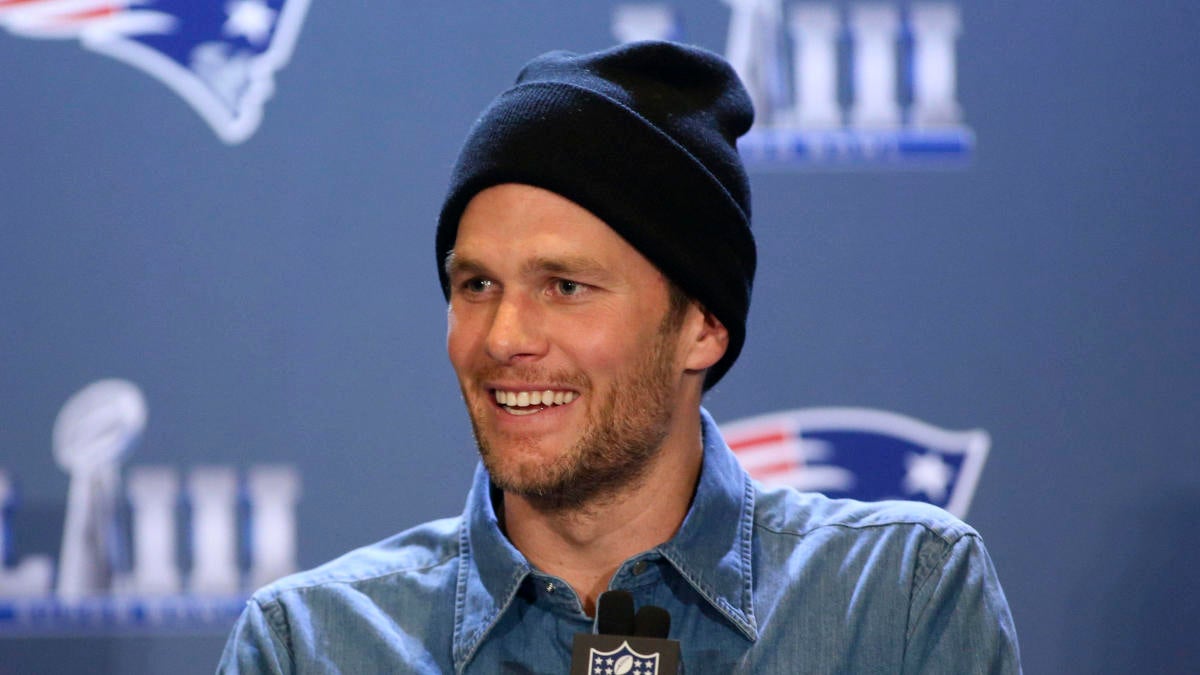 You know Tom Brady’s in celebration mood when he’s willing to throw his TB12 diet out the window to take part in a beer-chugging contest, and that’s exactly what he did during the Patriots‘ Super Bowl ring ceremony on Thursday.

For those who don’t know, Brady’s beer-chugging skills are the stuff of legend. Back in 2017, Brian Hoyer recounted a story where Brady decided to take part in a team-wide beer-chugging contest at the last second and ended up destroying everyone, leaving the entire team in shock.

With the legend of Brady’s drinking exploits growing by the day, someone decided to put him to the test, and that someone was Stephen Colbert. During an appearance on “The Late Show” back in March 2018, Colbert challenged the Patriots quarterback to a beer-chugging contest and I’ll let you guess who won.

Basically, what all this means is that you should never challenge Brady to a beer-chugging contest, because you’re probably going to lose.

Patriots offensive lineman David Andrews clearly didn’t get that memo, because he challenged Brady during the ring ceremony, and as you’re about to see, it was a horrible decision on the part of the Patriots’ center.

In the video below, you’ll notice two things: Brady gives Andrews a slight head start, and he STILL out-chugs the offensive lineman.

As you can see, Brady clearly doesn’t like to lose at anything, including beer-chugging contests. Even at age 42, Brady still chugs beers faster than most college students.

The best part of the video might be the reaction of Andrews’ wife, MacKenzie. She’s the one who filmed the contest, and at the end, you can hear her say, “Oh, he beat you!”

In this offseason of quarterback beer-chugging, the title for best beer-chugger is probably going to have to go to Brady, although Patrick Mahomes, Mitchell Trubisky and Matthew Stafford all looked impressive at different times this offseason when they were chugging beers.

Of course, not everyone can chug a beer, and if you’re someone who falls into that camp, the good news is that means you have something in common with Aaron Rodgers, who also struggles in the beer-chugging department.

As for Brady, if you want to see what his Super Bowl ring looks like and how the team’s celebration went on Thursday, be sure to click here.