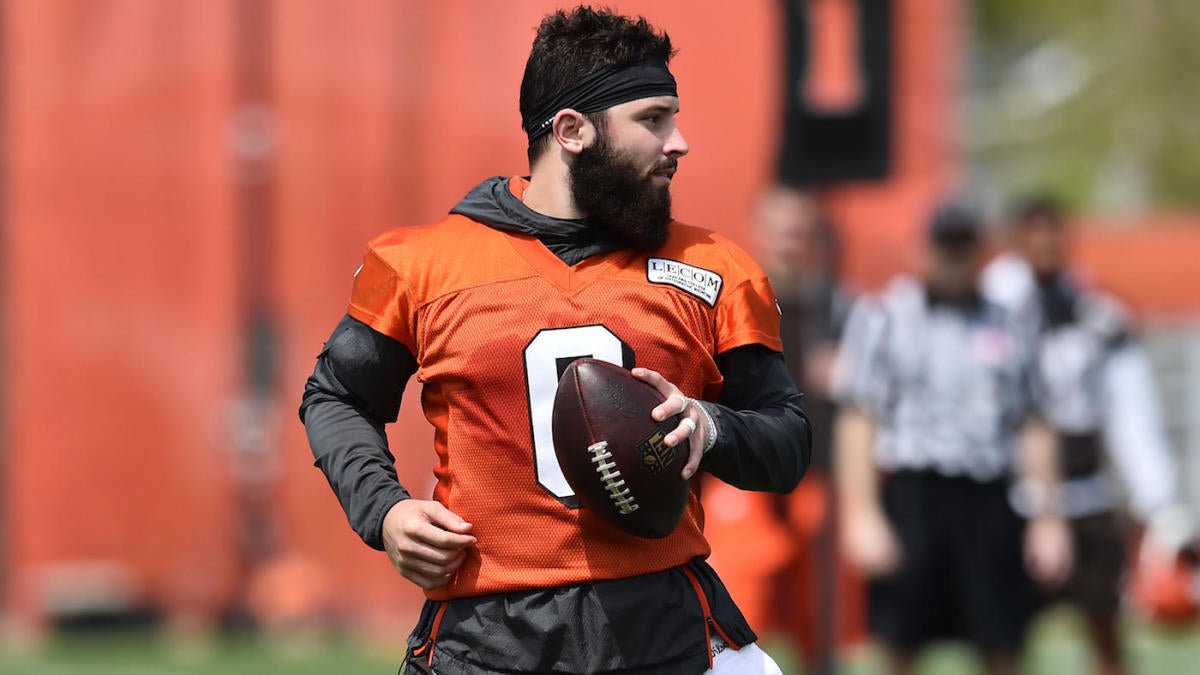 Now that we’re in the dog days of the NFL offseason, we here at CBSSports.com have been taking the time to look at what every team has done to improve their rosters and given a grade for each of them.

The best of the bunch: The Browns and Eagles were the only teams to earn a full “A” grade, and that top mark came for Philadelphia even before they signed Carson Wentz to an extension that will keep him in town through 2024. The Browns of course brought in several stars, the more notable of which came when they landed Odell Beckham in a trade with the Giants.

You can find grades for all 32 teams below, along with an excerpt from our breakdown of each division. Be sure to click through to read more on what every team did this offseason.

Cody Benjamin: If Le’Veon Bell and Jamison Crowder elevate Sam Darnold to new heights and C.J. Mosley helps the Jets’ “D” rank among the NFL‘s best, well, then maybe the money will have been worth it. But that assumes New York will run competently under Adam Gase, who’s listed as an “addition” here but could just as easily be seen as a “loss.” No disrespect to his early success in Miami, but Gase has been on the job for a few months and has already managed to jettison the team’s general manager — and been forced to publicly make amends with guys like Bell and Mosley. Does anyone really feel confident in him leading the charge of this rebuild?

Ryan Wilson: Hue Jackson has been replaced by Freddie Kitchens, who served as Baker Mayfield’s offensive coordinator over the final half of the ’18 season. Kitchens has no previous NFL head-coaching experience but he has one of the NFL’s best rosters — on both sides of the ball — at his disposal. Mayfield is poised to improve on his impressive rookie campaign and in addition to Jarvis Landry, Antonio Callaway and David Njoku, Cleveland traded for Odell Freakin’ Beckham. If that wasn’t enough, GM John Dorsey added running back Kareem Hunt, who will be suspended the first eight games of the season. When he’s reinstated, he’ll make an already strong backfield even stronger, joining 2018 second-rounder Nick Chubb.

Sean Wagner-McGough: The Texans entered the offseason with one clear priority: fix the offensive line after watching Deshaun Watson nearly get killed behind a line that allowed an NFL-high 62 sacks. While the Texans certainly addressed their protection issues in the draft by using first- and second-round picks on offensive tackles, it’s not clear if they picked the right players. There’s no way to know for certain how any incoming rookies will fare at the next level — the draft is mostly a crapshoot — but ever since the Texans took Tytus Howard at No. 23, it’s looked like they reached for him. Pete Prisco gave the pick a C+, noting that “there were better options on the board” like Jawaan Taylor (more on him later) and Greg Little. CBS Sports draft writer Chris Trapasso called Howard  “not an instant Day 1 starter.” The Texans needed an instant Day 1 starter.

Chris Trapasso: The offensive line departures of Matt Paradis and Billy Turner were, in a roundabout way, addressed by drafting Dalton Risner and signing Ju’Wuan James in free agency. Denver’s blocking group doesn’t look tremendous on paper, but newly hired offensive line coach Mike Munchak, who’s amazing at what he does, will likely boost the group’s reliability as a whole. The Broncos were clearly less capable than the Chiefs and Chargers over the past few seasons. While they still may not be on either team’s level in 2019, they significantly closed the gap with the best offseason they’ve had in a while.

Jared Dubin: The Eagles continue to crush the offseason pretty much every year. The only thing keeping their grade from being a straight A is that they didn’t acquire a more reliable backup quarterback or upgrade the cornerback unit which has nice depth but not much in the way of top end talent. Once again, the Eagles played the trade arbitrage game extremely well. Not only did they acquire DeSean Jackson from the Bucs for a low price, they also bought low on running back Jordan Howard, who will presumably fill the power back role for a year, sign elsewhere next offseason, and net the Eagles a compensatory pick down the line. Howie Roseman knows exactly what he’s doing.

Sean Wagner-McGough: The Bears get a C for their offseason efforts because there’s no doubt they got worse. They got gutted on the defensive side of the ball and were forced to sign replacements who aren’t as good as the outgoing players. While they addressed a need in the draft, the way in which they went about filling that hole can be called into question. Draft picks matter a lot. Running backs don’t really matter all that much. The Bears traded up to get a running back even though they were short on draft picks to begin with. And finally, the Bears’ problem at kicker still hasn’t been fixed. All that said, just because the Bears’ received a bad grade doesn’t mean they’re destined to falter come September.

Ryan Wilson: The Saints only had one pick in the first three rounds of the draft, but they made the most of it drafting interior offensive lineman Erik McCoy, who will have a chance to replace retired center Max Unger. The team also grabbed safety Chauncey Gardner-Johnson in Round 4 (we thought he was a second-round talent) and then there’s Marcus Davenport. Yes, he’s entering Year 2, but the Saints gave up their 2019 first-round pick to trade up in 2018 and get him. The pass rusher is looking to improve on a rookie campaign that included 4.5 sacks and 6 tackles for loss in 13 games. Ultimately, there’s a lot to like about this roster. We know about the offense, and the defense ranked 11th overall last season. That said, if there was an area of need it was in the secondary, which was 22nd, according to Football Outsiders. Gardner-Johnson helps, but will it be enough?

Chris Trapasso: Arizona crushed the draft. After Kyler Murray, an exquisite fit for Kliff Kingsbury’s Air Raid, the Cardinals cleaned up. You could see Kingsbury’s vision playing a vital role in the team’s selections. Awesome YAC and downfield burner Andy Isabella in Round 2 was perfect. Byron Murphy is a zone-specialist playing in Vance Joseph’s press man scheme, but he’s a playmaker, and the Cardinals only intercepted seven passes last season, which tied for the second-lowest total in football. Hakeem Butler at the start of Round 4 was thievery, as was hybrid rusher Zach Allen later in that round. I don’t know if the Cardinals will take off right away, but they’re going to be significantly more fun to watch in 2019 than they were a year ago thanks to the whirlwind of an offseason they pieced together.