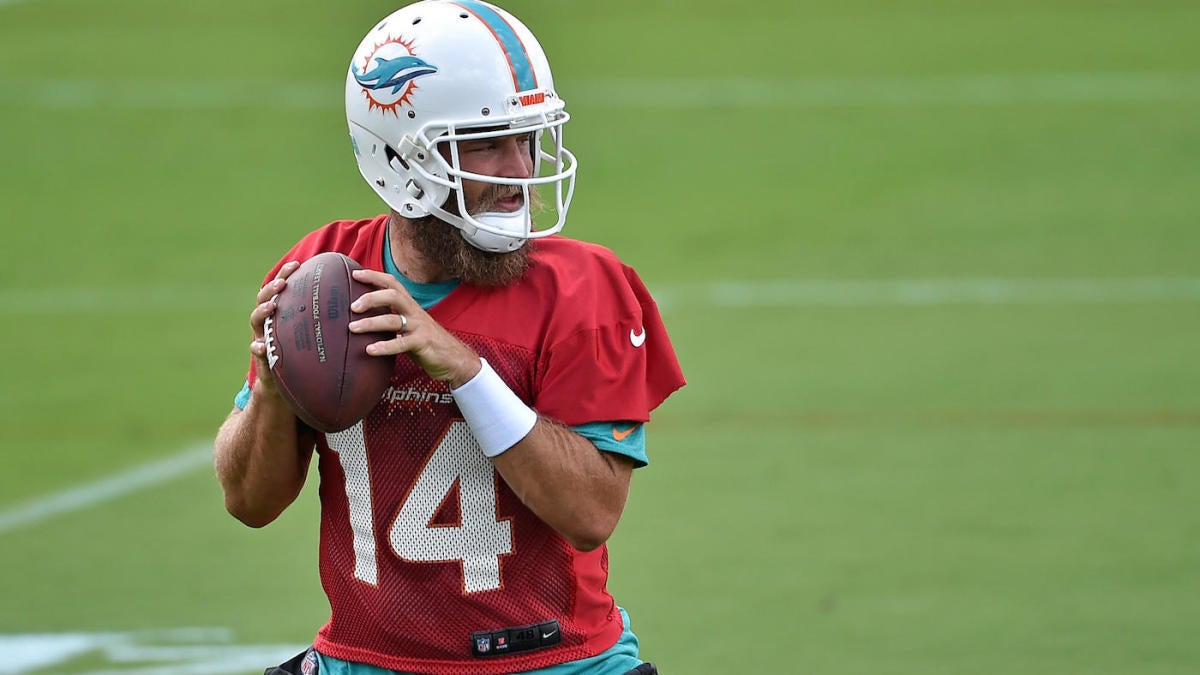 NFL journeyman Ryan Fitzpatrick hasn’t just surprisingly vaulted ahead of Josh Rosen in the Dolphins‘ quarterback competition, according to most reports. He’s also apparently been studying Patrick Mahomes‘ game-tape from his MVP season and has decided to replicate one of Mahomes’ signature moves.

At Dolphins minicamp on Thursday, Fitzpatrick broke out the no-look pass for an awesome downfield completion to DeVante Parker, who secured the catch with a nice toe-drag on the sideline. Somehow, at the age of 36 as he prepares for his 15th NFL season with his eighth NFL team, Fitzpatrick learned a new trick this offseason in between all of his cake-eating sessions. It was good enough to win the approval of Mahomes, who called it “legendary.”

A brief refresher on one of the many moments from last season that nearly resulted in Mahomes breaking the internet:

More important than the no-look pass is that Fitzpatrick is supposedly outplaying Rosen so far this offseason. That shouldn’t come as a huge surprise given Fitzpatrick signed his two-year deal with the team in mid March while Rosen didn’t get traded to the the Dolphins until late April. Fitzpatrick has been around in the NFL for significantly longer than Rosen, he’s been forced to new offenses every time he’s switched teams, and he got a one-month head start on mastering this particular offense.

Fitzpatrick is still a bridge quarterback, though. At some point, he’ll likely hand the reins over to Rosen, the No. 10 pick in last year’s draft. But for the time being, Fitzpatrick appears to be enjoying his time as the Dolphins’ best quarterback. Just don’t expect him to morph into the next Mahomes just because he’s figured out how to add one of his signature moves to his game.