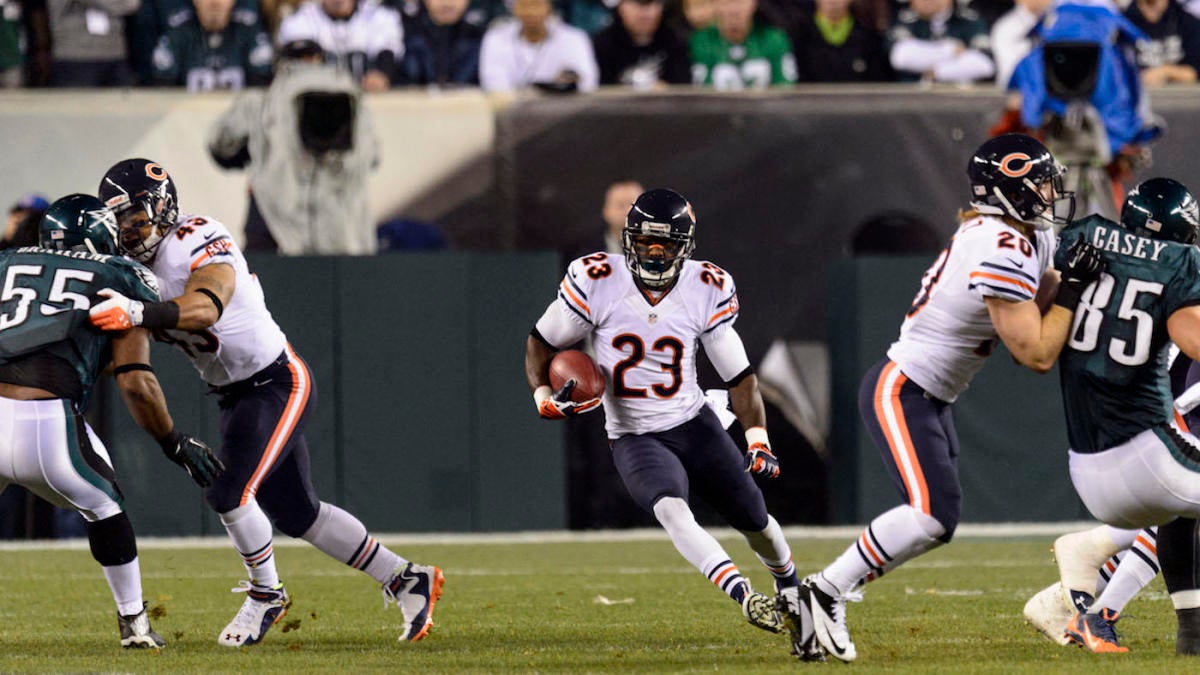 Devin Hester is the best returner in the history of football, but because his contributions were mostly limited to special teams, his Hall of Fame credentials have been subject to debate ever since he retired back in 2017.

Despite the debate over the importance of a returner, Hester remains optimistic that he’ll be inducted into the Hall of Fame when he becomes eligible in 2022. He has “no doubt” he’s bound for Canton because his “play on the field speaks for itself.”

“Being in HOF, I have no doubt in my mind I (will) make it,” Hester told The Athletic’s Jon Greenberg. “I know I will. When it’s all said and done, there’s no question I will be a Hall of Famer.”

Hester also hinted that he might know something that is providing him with even more confidence.

“There’s some stuff I’ve been told I can’t say,” he said.

In most cases, when a player is regarded as the best ever at their position group, they’re also regarded as a lock for the Hall of Fame. And there’s no doubt Hester, who never caught on as a cornerback or receiver, was the league’s most dangerous returner during his 11-year career, most of which he spent with the Bears.

He owns the NFL record for the most non-offensive touchdowns, beating out the likes of Deion Sanders and Rod Woodson, both of whom are Hall of Famers.

Fourteen of his 20 non-offensive touchdowns came on punt returns (an NFL record), five came on kickoff returns, and one came on a missed field goal return. Not included is his touchdown in the Super Bowl, when he returned the opening kick 92 yards to the house to provide Bears fans with one highlight from an otherwise dreadful performance.

Even when he wasn’t scoring touchdowns, he was impacting the game more than any other specials teams player. As his reputation grew, opposing teams often refused to punt the ball to him, which means they were sacrificing valuable field position by booting the ball out of bounds.

It’s not just about Devin Hester’s 20 return TDs. Imagine how many he would have had if teams hadn’t kicked away from him all the time. He affected all three phases because of the field position teams would give up. Players that impactful who do it 10+ years are Hall of Famers.

Which is to say that as fun as the Hester TD montage always is, it only tells a small part of the story on how he gave opponents panic attacks every week in his prime.

“He changed the game,” Forte said, via NBC Sports Chicago. “I mean, literally, changed the game. If you can affect the game like that, he’s gotta be a first-ballot Hall of Famer. The definition of a Hall of Famer is somebody who changed the game — like defenses and coaches had to carve out certain time to assess that particular guy. There’s not going to be another Devin Hester ever, I don’t believe.”

In the meantime, while we wait for Hester to gain eligibility, enjoy the most ridiculous highlight reel ever.