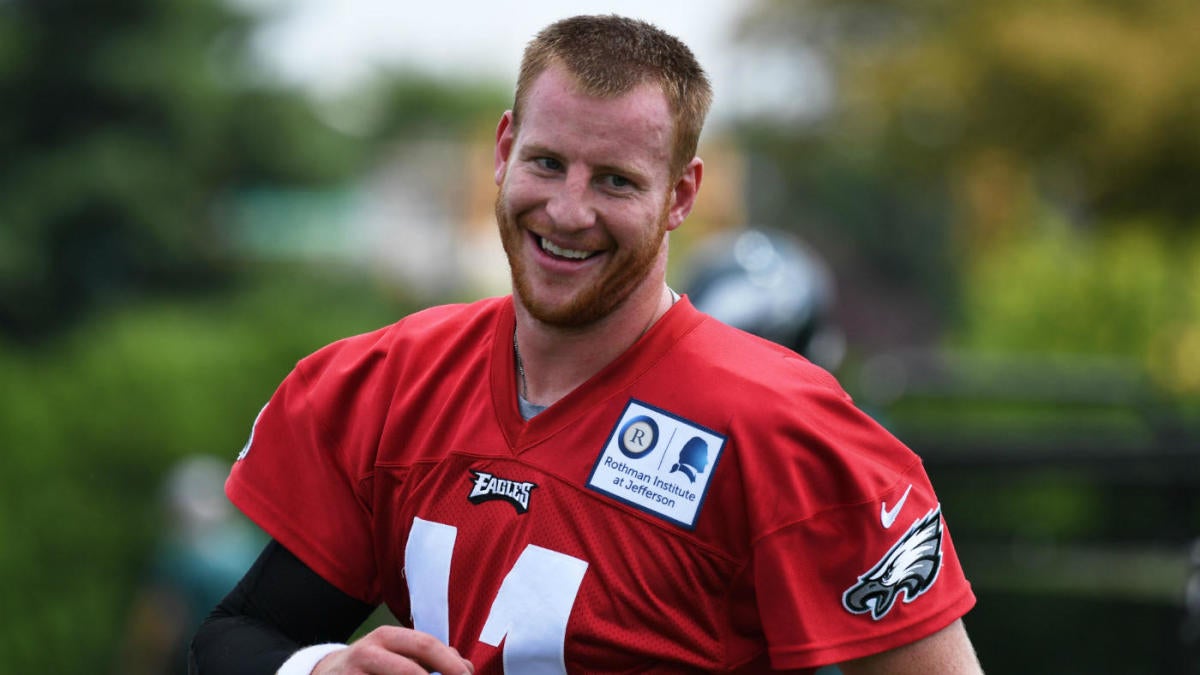 The contract extension that we all knew was coming for Eagles quarterback Carson Wentz has finally arrived.

On Thursday night, the Eagles announced that they’ve signed Wentz to a four-year extension that will keep him in Philadelphia through the 2024 season. Given the way quarterback contracts work and how good Wentz has been when healthy, it should come as no surprise to hear that the extension is pricey.

According to ESPN’s Adam Schefter, the contract is worth $128 million over the four new years of the deal. That comes out to $32 million per year. The contract also carries a maximum value of $144 million. Most importantly, over $107 million is guaranteed. Schefter noted that Wentz’s new deal set the record for the most guaranteed money ever given to an NFL player.

Carson Wentz’s deal also can escalate from $128 million to a max value of $144 million, per source. https://t.co/ye8feLiGSy

The $107 million-plus in guaranteed money is the largest guarantee given to an NFL player, eclipsing the $107 million that Seattle gave Russell Wilson this off-season.

Wentz was understandably a happy man.

“Can’t even explain to you how excited I am right now to be a part of this great city for this many more years,” Wentz said. “It means the world to me. From the moment I got drafted here, I knew this place was special. I knew they had the most passionate fans in the world in all of sports. I knew we had the opportunity to build something truly special here. To be cemented here for this much longer means the world to me.”

Since getting drafted No. 2 overall in 2016, Wentz has gone on to throw for 10,152 yards and 70 touchdowns while posting a 92.5 passer rating. He played a significant role in the Eagles’ Super Bowl season two years ago, emerging as a viable MVP candidate before he tore up his knee late in the year, which set up Nick Foles to lead a truly stunning Super Bowl run. In his return from that injury this past season, Wentz completed 69.6 percent of his passes for 3,074 yards, 21 touchdowns, seven interceptions, and a career-high 102.2 passer rating, but once again saw his season shortened by an injury — this time a bad back — and was forced to watch Foles lead the teams to the playoffs.

Over the course of his three-year career, Wentz has missed eight regular-season games and five playoff games. That’s not something that can just be ignored. He’s been very good when he’s healthy, but he hasn’t been completely healthy in two of his three NFL seasons. And the Eagles no longer have one of the best backup situations in football to bail them out in the event Wentz goes down again.

His injury issues led some to question how the Eagles would handle contract negotiations. By signing him to a long-term deal after letting Foles walk in free agency, the Eagles have signaled they’re comfortable with his health and plan to build around him in the long term. Provided Wentz can stay healthy, they have the look of a team that can compete for championships over the next few years.

That said, once Wentz’s new money kicks in, the Eagles will find it more difficult to maintain a talented roster around their pricey quarterback. For the past few years, they’ve had the luxury of operating with a quarterback playing under his rookie deal, which allowed them to spend their money elsewhere. That luxury is about to expire. The question now becomes, can Wentz stay healthy enough to justify the contract? There’s no way for anyone to know the answer to that question.

How much the Eagles are paying Wentz impacts more than just the Eagles. The Cowboys and Rams, both of whom have decisions to make about Dak Prescott and Jared Goff, have to be paying close attention as they potentially try to sign their own quarterbacks to long-term extensions this summer.

Wentz got his new contract on Thursday. Goff and Prescott should be next.