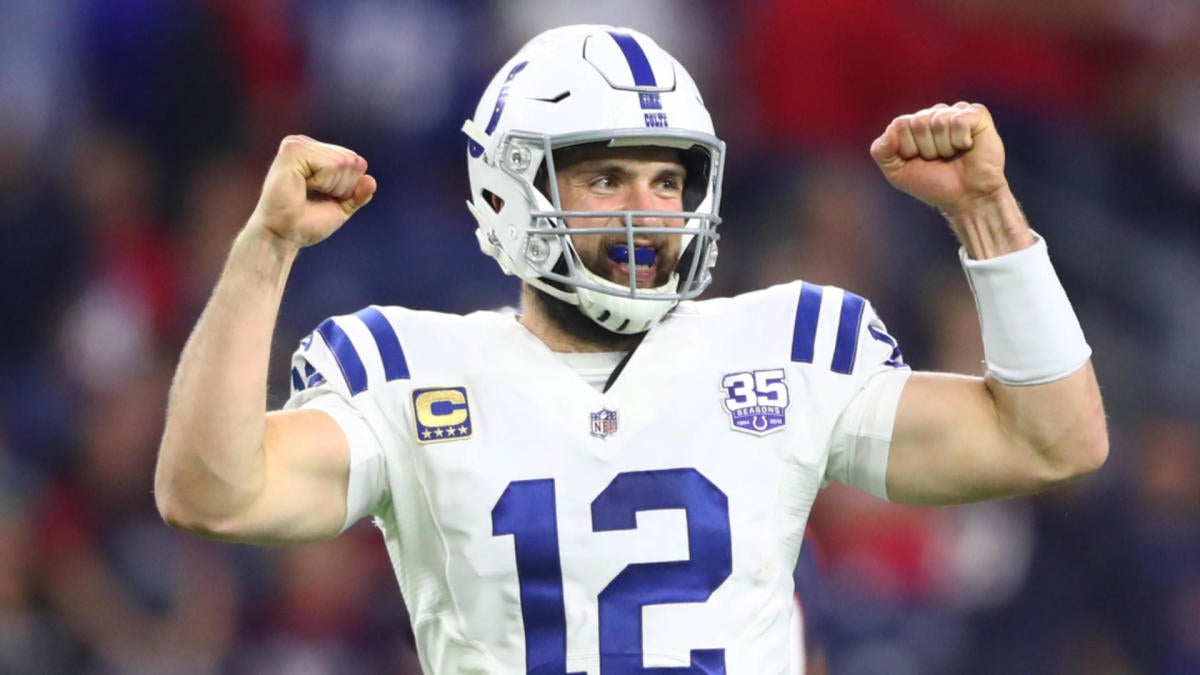 Last year we went team-by-team with these picks, but this year we’ll be going back to the divisional format I used in 2016 and 2017. If you hate any picks, love any picks or have better ideas, leave them in the comments or yell at me on Twitter @WillBrinson. You can also get an audio breakdown of all these divisions on the Pick Six Podcast, as we run through each division on our DAILY NFL PODCAST over the next few weeks. Listen to the latest episode breaking down the AFC South and the Indianapolis Colts with Zak Keefer of the Indianapolis Star in the player below.

If you listened to the Pick Six Podcast (which you can do above!) you would have bet on the Colts over last year and cruised to a W. This year is a little different. Indy doesn’t have low expectations anymore. In fact, the Colts win total is absolutely jacked. It’s understandable given their roster and growth as a franchise over the last few years. Andrew Luck is healthy. Marlon Mack was dominant down the stretch last year. T.Y. Hilton, Parris Campbell, Devin Funchess and Eric Ebron are a nice core of pass catchers. The offensive line might be the best in the league led by second-year player Quenton Nelson. The defense took a step forward last year and added Justin Houston this offseason, as well as Rock-Ya Sin in the draft. Frank Reich looks like a top 10 NFL coach. Maybe some guys take a step back or maybe Luck deals with another injury. There are reasons this team could crater, including a much more difficult schedule. As Case Keefer pointed out they will see a lot more high-end quarterbacks. But to me this is one of the best rosters in the league. I do think they could end up at 10-6 because of a tough schedule and I wouldn’t personally bet this over, but I lean that way.

This is a startling number. The Texans won the division last year and have Deshaun Watson along with DeAndre Hopkins/Will Fuller and a host of really talented defensive players like J.J. Watt and Jadeveon Clowney. The Vegas odds imply that it’s more likely the Texans, who have been very good under Bill O’Brien, end up going .500. It just seems weird. Until you look at the schedule. This is a brutal schedule. They draw both the AFC West and NFC South this year, which is just a tough pull. It’s doubly tough when they have to play the Patriots (at home) and have the Saints (road), Jaguars (home) and Chargers (road) to open up the season. Last year there were some smoke and mirrors with the Texans in terms of how they won games; it was a team that put together an impressive win streak but without ever really looking impressive (outside of that Thursday night thumping of Miami). Houston improved the offensive line, but I’m not sure it was enough to guarantee Watson can stay healthy all season. He was throttled last year to the point of riding a frigging bust to Jacksonville. I hate doubting BOB because he keeps winning nine games regardless of the personnel but I think this schedule is too tough.

Just like with the Texans (and every AFC South team) it’s tough to look for the over here with the AFC West and NFC South on the horizon. The Titans and Texas might well be determined by the final three weeks of the season when the two teams play each other twice. Tennessee has some change happening: we don’t know what the offense will look like, or whether Ryan Tannehill could steal time from Marcus Mariota. Will Derrick Henry be the feature back as he was down the stretch last year? Can A.J. Brown be the impact guy in his first year that Corey Davis couldn’t? Will Corey Davis finally break through? Defensively this team is kind of loaded — Jon Robinson’s done a very good job grabbing some quality players. Harold Landry feels like a big-time breakout this year. Jeffery Simmons could be a steal as a first-rounder depending on when he can return. Their ability to win games early on the road may define this season. The Titans get the Browns in Week 1 on the road, the Colts at home in Week 2, the Jaguars on the road in Week 3 and the Falcons on the road in Week 4. Not an ideal start. They get eight home games this year and three of them are against the Chargers, Chiefs and Saints, who are not in their division. I am going to take the over here, because I believe in this team, but I don’t love it.

The Blake Bortles era is over. So two simple questions remain. Can Nick Foles carry this team? And can the defense bounce back in a big way? Foles is an upgrade over Bortles no doubt, but will he be enough as a full-time quarterback to actually take the Jags back to the promised land? They just added Terrelle Pryor, but that might say more about the Jaguars pass catchers than it does Pryor. Otherwise they’re leaning on Marqise Lee, Dede Westbrook, Keelan Cole, DJ Chark and Chris Conley. The addition of Josh Allen in the draft is a huge win, especially when Jacksonville didn’t have to shutter too much of its defensive talent this offseason. Yannick Ngakoue, Marcell Dareus and Calais Campbell are all back and in full force. Telvin Smith is a scary departure, but Myles Jack should take another step. Jalen Ramsey should be motivated to steal his cornerback title belt back. Again, the schedule is a disaster. The Jags have four home games before their Week 10 bye and they are the Chiefs, Titans, Saints and Jets. They play the Texans twice, but one is a game in London. That also means four road games after the bye and they haven’t played the Colts twice. Unless Foles just morphs into his Super Bowl self over a full season, I just don’t see it happening.