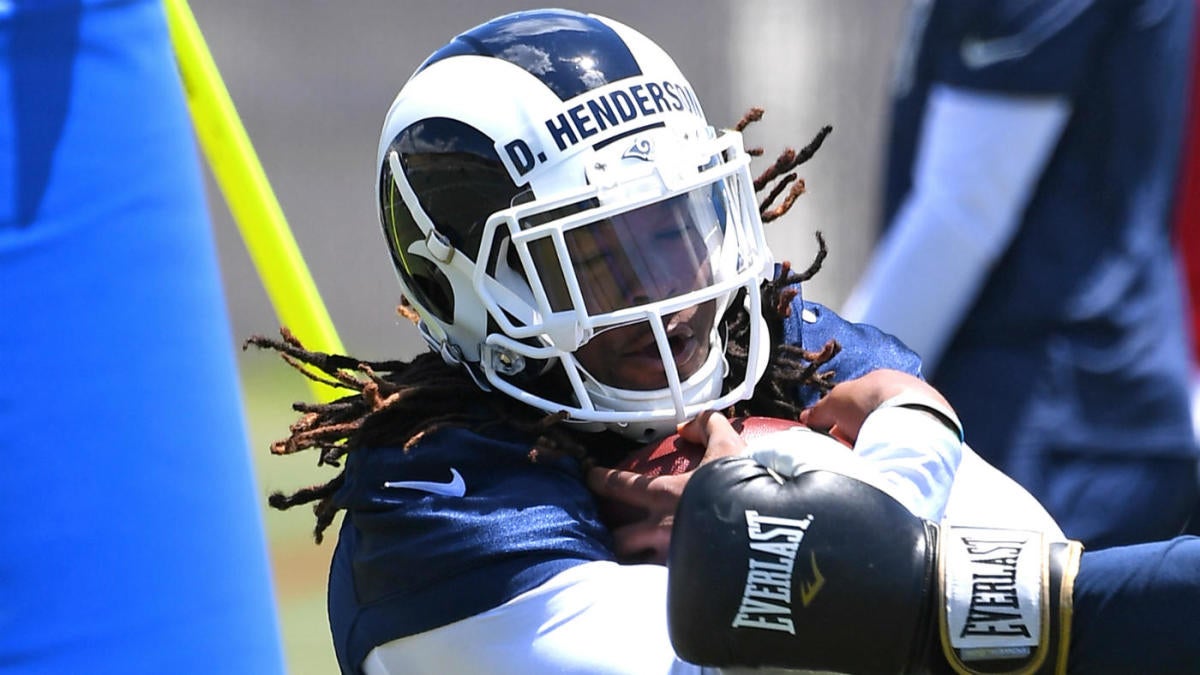 Todd Gurley doesn’t turn 25 until August, and it was less than a year ago when he was one of the top two picks in most Fantasy drafts. These days, though, there’s plenty of nervousness out there about his 2019 prospects.

Gurley didn’t play in the final two regular-season games of 2018 due to knee inflammation, didn’t have many touches in the NFC title game, and had just 10 carries in Super Bowl LIII. There was a report of arthritis being the trouble with Gurley’s knee (Sean McVay called it wear and tear), and this week NFL Media’s Ian Rapoport said Gurley’s days of being a bell cow are over.

Could that be true? Possibly, and Chris Trapasso says Gurley’s knee isn’t the only reason. There’s also a running back behind him on the depth chart who could be set up to stand out.

“Darrell Henderson is an awesome fit with the Rams,” Chris Trapasso said on Wednesday’s Pick Six Podcast, as he joined host Will Brinson to break down the NFL’s best and worst rookie fits. “I compared Henderson to Dalvin Cook. Neither stood out at the combine, but they play at a different speed. Henderson averaged almost nine yards per carry in college. He’s not someone who’s super shifty, not gonna make five guys miss, but in Sean McVay’s zone-blocking scheme, he’ll make a cut and go.”

“But do I think Gurley will be phased out, getting just 10 carries? I’ll believe that when I see it.”

The guys also discussed what the future might hold for Gurley. Brinson thinks he might have just two more seasons with the Rams.

“I almost expect them to cut Gurley after 2021,” Brinson said. “You can find running backs anywhere. Gurley’s a special talent, don’t get me wrong, but he tore his ACL in college and there’s definitely been some degenerative stuff going on there.”

Gurley’s had more than 300 touches each of the last three seasons, but he’s not old, even in running back terms.

“It’s not like he’s 28,” Trapasso said. “That’s why I don’t think Gurley will be a Fantasy nonentity whatsoever, but Henderson does have some juice to steal carries.”

“Henderson can be that 11 carries for 90 yards and a TD guy, a home run hitter, low volume but high efficiency.”

Henderson isn’t the only rookie Trapasso expects big things from. Listen to the podcast below to find out who he says find themselves in the best and worst situations, and be sure to subscribe/listen daily to get all the latest NFL news and notes.