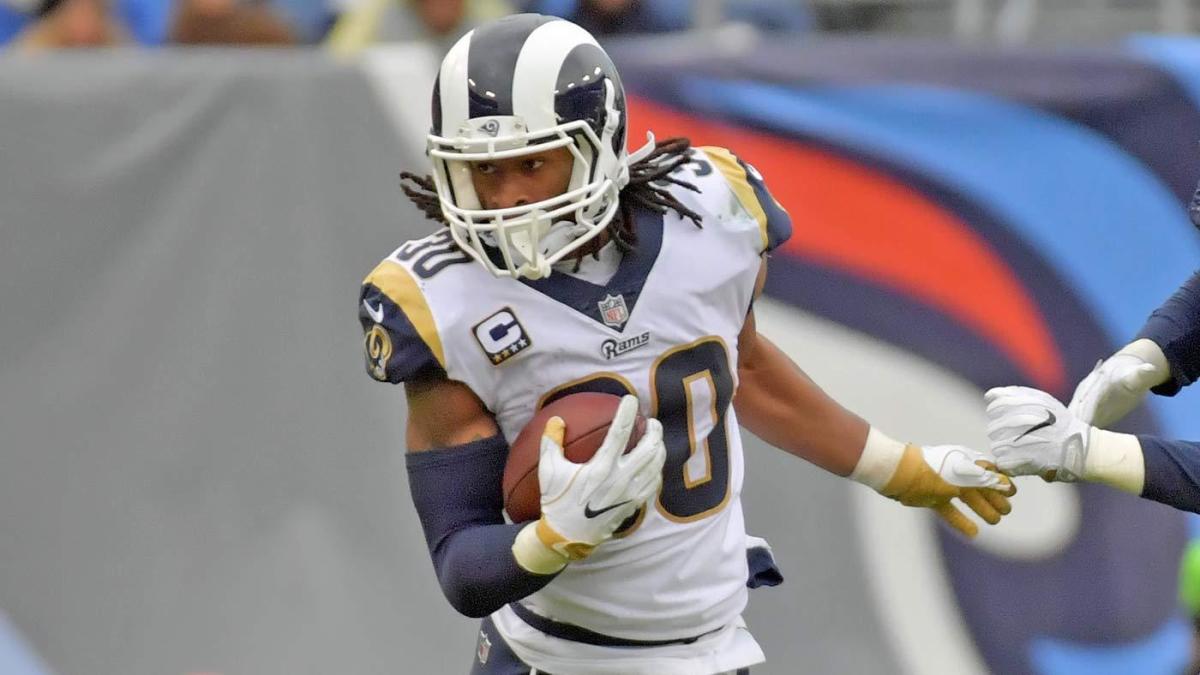 The concern over Todd Gurley’s knee and long-term football health cropped up last year and has continued on throughout the offseason. It’s largely been an unknown, the Super Bowl’s biggest mystery. But perhaps we’ve now been given more information than we wanted, with the news coming out that Gurley is not going to be a workhorse for the Rams moving forward.

For starters, there’s the comments from Sean McVay this week, acknowledging that Gurley wants to play at a lower weight than he did in previous years.

“I want him to feel most comfortable. That’s the most important thing, what he feels he can most function at, being the all-purpose back he’s been and that’s where we’re at,” McVay said to reporters, via NFL.com. “So he says, ‘I’d rather play five, 10 pounds lighter,’ and he’s going to feel better about that, then that’s exactly what we’ll do. He’s earned the right to be able to tell us how he’s feeling with the give and take. As long as he’s got a why, which I know he does, we’re always receptive to those things.”

That’s fairly innocuous in the grand scheme of things, right? Running back wants to lose weight ahead of season is not a new storyline. But given that Gurley’s been a workhorse for the Rams the last several years and that he wasn’t able to carry the load down the stretch of 2018 — C.J. Anderson had to step in and help — it should be concerning that the coach is willing to let his running back drop some weight, presumably as a way to make life easier on his knee.

Also concerning? A report from NFL Media’s Ian Rapoport that Gurley’s days of “just being the straight-up, every-down bell cow are probably over, just based on his knee, his age, the position, the amount of carries he’s had.”

The Rams made sure to cover their bases in the draft with Gurley, using a third-round pick on Darrell Henderson out of Memphis. Nicknamed the “Human First Down,” Henderson is an explosive player capable of ripping off huge runs. And, apparently, made quite an impression on McVay.

On his podcast, Adam Schefter of ESPN said that Henderson is “a guy that I believe Sean McVay thought was THE most dangerous offensive player in the draft.” Meaning that yes, the Rams “LOVE Darrell Henderson.”

That’s not great for Gurley’s future as a bell-cow back and a feature guy in McVay’s offense. As our group of Fantasy Football Today experts noted on CBS Sports HQ Tuesday, it’s almost impossible to draft Gurley very high in fantasy as a result.

It’s even more concerning for Gurley’s long-term health. Can you really buy into the belief that he’s going to get better when we’ve heard things all offseason about a “drastic option” the Rams could consider if Gurley can’t get better and when you hear words like “arthritis” thrown around.

Contractually the Rams are stuck. They gave Gurley a $60 million contract back before the 2018 season. At one point last year, Gurley was a legitimate MVP candidate. Now he looks like he might be a salary cap albatross.

The Rams have a 24-year-old (he’ll turn 25 in August) running back with an apparently degenerative knee condition who they absolutely cannot cut for the next two seasons. It’s one of the most bizarre turns we’ve seen, at least in terms of value from one year to the next.

Los Angeles can save almost $5 million in cap space by cutting him before 2021 and almost certainly planned out his contract to move on after the 2021 season anyway, barring Gurley looking like a dominant player heading into 2022.

Maybe this all ends up being unnecessary handwringing, a part of the offseason that always features us discussing player injuries in a heightened way. But Gurley has a lengthy injury history and there are far too many red flags dating back multiple months for it simply to be glossed over. The Rams have a very serious situation on their hands.