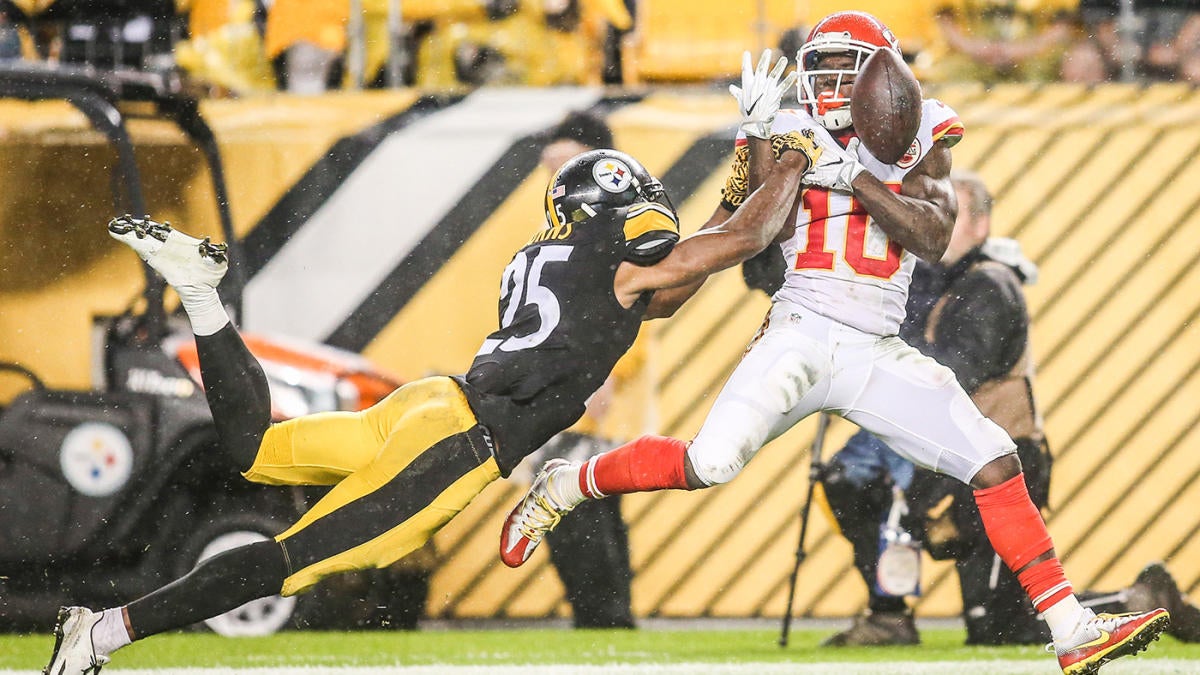 The plan, according to reports, was to take Houston cornerback William Jackson with the 25th pick in the 2016 NFL Draft. But in a surprise move, the Bengals selected Jackson at No. 24 and the Steelers, desperate to bolster their secondary, turned to Artie Burns, an athletic defensive back out of the University of Miami who had six interceptions during his final college season.

Burns recorded three interceptions in nine starts as a rookie, and logged 26 pass breakups in his first two seasons, but everything went south in 2018. Burns started just six games before he was benched and finished a forgettable Year 3 with a single pass breakup and no interceptions. The lowlight came in Week 6 against the Bengals, when Burns gift wrapped this touchdown to Tyler Boyd.

Burns started only one more game the rest of the season.

The Steelers declined to pick up Burns’ fifth-year option, which would have paid him more than $9.9 million in 2020, and there’s no guarantee he’s even on the roster once the 2019 season gets under way. He’s due an $800,000 bonus on the first day of training camp and as The Athletic‘s Ed Bouchette writes, “by [Burns] still being on the roster it shows [the Steelers] at least are willing to wait through these spring sessions to determine if he’s worth betting that much money on whether he can, basically, snap out of it.”

Marrying the physical and mental parts of the game has long been the issue with Burns. After that Bengals game, Steelers defensive backs coach Tom Bradley conceded that “It’s always a little bit of both … . Playing corner is a little different. Confidence has a shelf life that needs to be replenished.”

“Not a little bit disappointed. Disappointed,” Tomlin told reporters at the league meetings in March, via Bouchette. “Certainly. Having the ability to carry those talents into a stadium kind of defines us, or inability the do so, so certainly.”

And how much time will the Steelers give Burns to work his way out of this latest funk?

The Steelers’ current depth chart includes Joe Haden and Steve Nelson, who began their careers in Cleveland and Kansas City, along with Mike Hilton, Cam Sutton and rookie third-rounder Justin Layne. Where does Burns fit in? Well, that’s up to him.

“Artie lost his confidence and wasn’t where we needed him to be and was replaced in the starting lineup,” general manager Kevin Colbert told 93.7 The Fan in Pittsburgh back in April. “He’s had a good offseason . . . we had good meetings with him. He wants to be back where he was.”