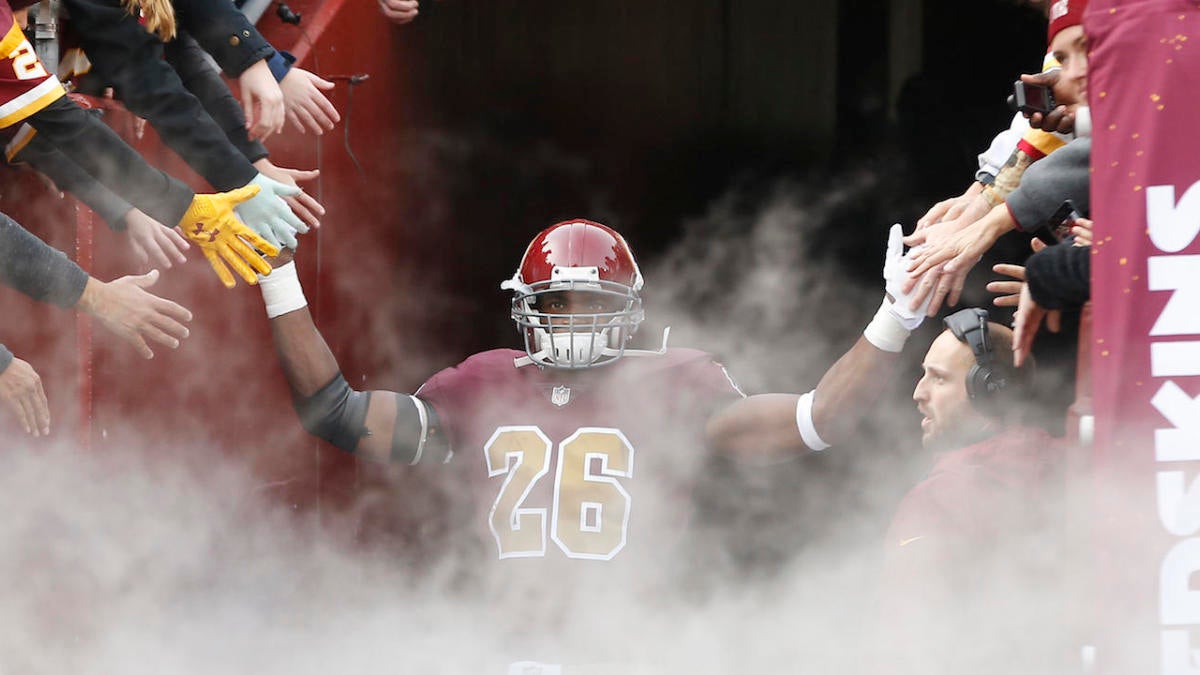 Adrian Peterson loves to make lofty goals, and he’s made a big one for himself heading into 2019.

After crossing the 1,000-yard mark last season, Adrian Peterson is hoping to double that number this year. The Redskins running back revealed this week that he’s gunning to hit the 2,000-yard mark during the upcoming season.

“I got my mark set at 2,000 (yards), I’ve always had it at that mark since I stepped into the league,” Peterson said Tuesday, via NFL.com. “So that’s where it’s at. But most importantly, I just want to contribute to the team and help this team win a championship.”

If that sounds like an absurdly high goal, that’s because it is. If Peterson somehow managed to rush for 2,000 yards, he’d go down in NFL history as the oldest player to ever reach that mark, and he’d also smash the record for most rushing yards by a player his age (34). The most rushing yards ever by a player 34 or older came back in 1983 when John Riggins rushed for 1,347 yards. In a very fitting coincidence, Riggins set the record while playing for the Redskins. Riggins also has the second-highest total ever for a running back that age, and that came in 1984, when he rushed for 1,239 yards at the age of 35.

Peterson might not hit the 2,000 yard mark, but he does stand an outside chance at topping Riggins’ record. Last season, Peterson proved that he still has plenty left in the tank when he rushed for 1,042 yards during his first year with the Redskins. The total was the fifth-highest in NFL history for a player 33 or older.

Peterson might be getting older, but he has no plans to lower his goals, even if they seem unattainable to everyone on the outside.

“No adjustments at all,” Peterson said. “In order to accomplish great things, you have to set your bar high, so that’s what I’ve always done with my career and it has allowed me to be successful for going on 13 years.”

The Redskins running back is one of only seven players in NFL history who have ever hit the 2,000 yard mark in a season. Peterson hit the number back in 2012, when he rushed for 2,097 yards in a year where he was also named MVP. That number still stands as the second-highest single-season rushing total of all-time.

The one thing that will likely keep Peterson from coming anywhere close to 2,000 yards this year is the fact that he’s almost certainly going to see his rushing attempts go way down. A big reason that will probably happen is because the Redskins are going to have Derrius Guice back in the line-up. As a rookie in 2018, Guice didn’t get a single carry because he missed the entire season due to a torn ACL.

The Redskins crowded backfield will also include rookie Bryce Love and Chris Thompson. Thompson missed six games last season while battling an ongoing rib injury, which left Peterson carrying the brunt of the workload in the backfield.

Due to the injuries to both Thompson and Guice, Peterson ended the 2018 season with 251 carries, which was the highest number for a Redskins running back since 2014 (Alfred Morris, 265).