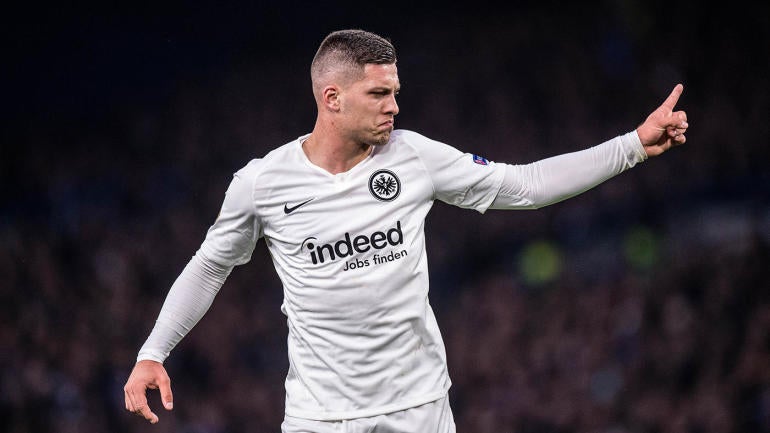 Real Madrid has made quite the splash in the summer transfer window, but it’s not for the player you are probably thinking of. While the expectation is for Zinedine Zidane’s team to sign Chelsea’s Eden Hazard, Los Blancos did agree to a major move on Tuesday, signing Luka Jovic, the talented Serbian striker from Eintracht Frankfurt, to a new deal (subject to a medical) worth €65 million ($73 million), according to Marca.

Jovic, 21, is expected to sign a deal until June of 2025. The youngster began his career at Red Star Belgrade where he shined as a teenager, earning a move to Benfica. There, he played just four games for the club before going to Eintracht Frankfurt for two seasons on loan. After nine goals in his first season, he managed to find the back of the net 27 times in his second season. That triggered Eintracht to sign him permanently with a clause in his contract in one of the smartest deals you’ll ever see. Frankfurt’s boss Fredi Bobic said they would pay under €7 million for him when speaking to Sky Sports, and then shipped him to Real for 10 times that.

A great deal for Eintracht, while it remains to be seen for Real. He sure looks like quite the talent, yet he has had just one good season. With even more talent around him, there’s no reason why he can’t be the long-term solution at the No. 9 position.

Jovic has four caps for the Serbia national team, scoring one goal in a friendly in March against Germany.