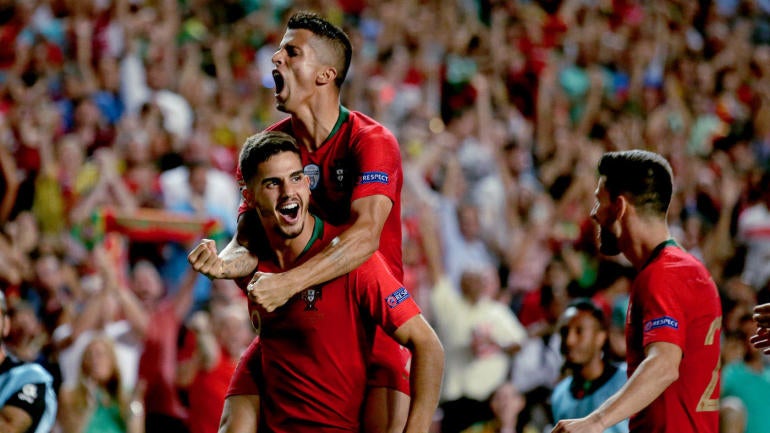 The inaugural UEFA Nations League semifinal will be played on Wednesday as Portugal hosts Switzerland, with a spot in the June 9 final on the line. Each team made the semifinals thanks to winning their group in the group stage. Switzerland edged Belgium on goal differential to win Group 2 with a 3-0-1 record, while Portugal won Group 3, going 2-2-0 to fight off Italy and Poland.

Portugal: Cristiano Ronaldo leads the way for Portugal, and it’s a loaded roster featuring Bernardo Silva (Manchester City), Gonzalo Guedes (Valenca), Joao Felix (Benfica) and four players from the Premier League’s Wolverhampton. They are the reigning European champs and hope to make it back-to-back titles in continental competitions. There are question marks at the back with 36-year-old Pepe and 35-year-old Jose Fonte leading the way.

Switzerland: Nobody expected them to get through and beat Belgium, but here they are. It’s once again a strong roster but one vacant of consistent goal scoring. One guy who will get a shot is Albian Ajeti of Basel, who has 27 goals in 54 games for the Swiss club. The familiar names are there like Granit Xhaka (Arsenal), Xherdan Shaqiri (Livepool) and Ricardo Rodriguez (AC Milan), but they’ll need somebody to step up in the final third.

At home, with Ronaldo and Guedes, Portugal advances to the final in a tight one.