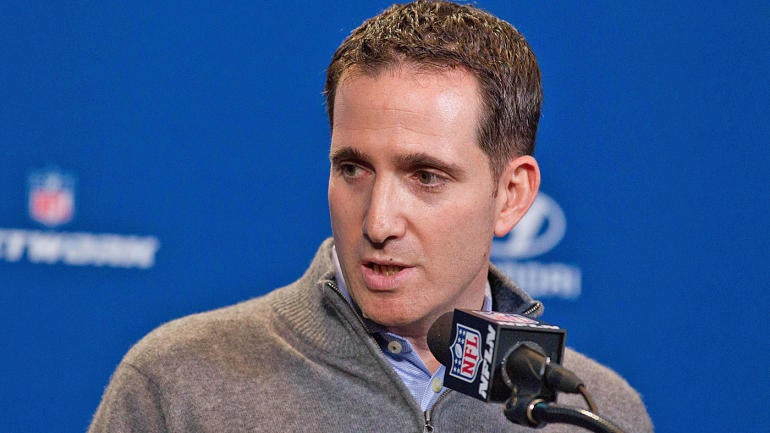 The NFC East has not seen a repeat champion since 2003 and 2004, when the Philadelphia Eagles won the division back-to-back.

In 2019, the Dallas Cowboys look to end that streak. Dallas has won three of the last five NFC East titles, but each of the two previous times the Cowboys won the division crown, they missed the playoffs the following year.

The ‘Boys were joined in the playoffs last season by the Eagles, who nobly defended their Super Bowl title but ultimately bowed out in the divisional round and then saw Nick Foles leave for greener (dollar-wise) pastures.

Philly and Dallas have the strongest rosters in the division, led by their class of 2016 quarterbacks, Carson Wentz and Dak Prescott; and that leaves the Giants and Washington, who each have class of 2019 quarterbacks (Daniel Jones and Dwayne Haskins), playing catch-up. Each of those teams appears to be going through a bit of a transition period at the moment, but to say they had interesting offseasons would be a major undersell.

Let’s walk through everybody’s moves and hand out some grades.

The grade you assign to the Cowboys’ offseason largely depends on whether you want to just focus on the moves they made to augment their roster or if you count the off-field stuff as well.

They fired Scott Linehan and promoted Kellen Moore! But Randy Gregory got suspended again. They made a move for Robert Quinn to bolster the pass rush across from Demarcus Lawrence, who was signed to a long-term deal! But David Irving retired and Tyrone Crawford got in a bar fight. They got Jason Witten back and signed Randall Cobb and appear to finally be modernizing their offense! But Ezekiel Elliott was caught on camera shoving a security guy at a concert and apparently the Joneses aren’t going to let this affect contract negotiations.

Overall, Dallas did a nice job replacing contributors they lost in free agency (Cole Beasley became Randall Cobb; Geoff Swaim became Jason Witten; David Irving became Christian Covington; Randy Gregory became Kerry Hyder) and then added more depth and explosion in the draft: Trysten Hill has a lot of talent and is a good fit for Rod Marinelli’s system, and if the Cowboys can work out whatever off-field issues he had with the UCF coaching staff, he should be good. Tony Pollard looks like the kind of gadget weapon Moore can have some fun with. Mike Jackson is basically a prototype Kris Richard corner. Third-rounder Connor McGovern should provide depth on the interior offensive line in Year 1 and start by Year 2. They added even more defensive line depth with Joe Jackson and Jalen Jelks.

But the Cowboys still have a weak spot at safety, where they’ll presumably be starting Jeff Heath yet again, and we don’t yet know what the long-term deals will look like for Elliott, Dak Prescott, Amari Cooper, Byron Jones and/or Jaylon Smith. Add in the injury uncertainty surrounding Lawrence and Jones after offseason surgery, and the Cowboys appear to have done a good but not quite great job since last season ended.

The Giants traded Damon Harrison last year and let Landon Collins walk in free agency, and then traded both Odell Beckham and Olivier Vernon to the Browns in exchange for Collins’ replacement (Jabrill Peppers), a draft pick that turned into Harrison’s replacement (Dexter Lawrence), and Kevin Zeitler.

They paid out Eli Manning’s roster bonus rather than cutting him and then proceeded to use the No. 6 pick on his replacement (Duke’s Daniel Jones), only to have the GM come out and say he could see that player sitting for as many as three seasons behind Manning, who is no longer really worth keeping around anyway — especially at his current salary.

After trading Beckham and seemingly kickstarting a rebuild, the Giants went out and gave his replacement (Golden Tate) a four-year, $37.5 million deal even though he’ll be 31 years old next season and works best in the slot, where the Giants already have Sterling Shepard. The Giants also traded up in the draft to land a third selection in the first round, ultimately selecting DeAndre Baker, but what exactly are the Giants doing trading up when their roster has so many holes?

The Giants did finally upgrade the offensive line through sheer volume, so they have that going for them, but overall, they do not seem to have a coherent plan.

The Eagles continue to crush the offseason pretty much every year. The only thing keeping their grade from being a straight A is that they didn’t acquire a more reliable backup quarterback or upgrade the cornerback unit which has nice depth but not much in the way of top end talent.

Once again, the Eagles played the trade arbitrage game extremely well. Not only did they acquire DeSean Jackson from the Bucs for a low price, they also bought low on running back Jordan Howard, who will presumably fill the power back role for a year, sign elsewhere next offseason, and net the Eagles a compensatory pick down the line. Howie Roseman knows exactly what he’s doing.

The Eagles should be in line for some heavy compensatory picks come next offseason as well, because Nick Foles (first in free agent AAV), Golden Tate (26th), and Jordan Hicks (33rd) all signed sizable deals and the Eagles’ own biggest pickup, Malik Jackson, does not count against the comp pick formula because he was cut by the Jaguars. They added even more depth along the defensive line by bringing Vinny Curry back into the fold, and replaced the departing Hicks by signing Zach Brown away from Washington for significantly less money.

In the draft, Philly landed its long-term Jason Peters replacement by moving up the board for Andre Dillard, added another body to its stable of backs with Miles Sanders, and fleshed out wide receiver depth with speedster J.J. Arcega-Whiteside. Again, the Eagles know how to do this whole offseason thing.

Washington’s offseason is a tale of extremes.

They splashed the pot in free agency with a massive contract to steal Landon Collins away from the division rival Giants. That deal almost surely overpays Collins relative to other players at his position, and the impact that type of player can have on a defense is naturally limited. They lost solid contributors like Jamison Crowder, Preston Smith, Zach Brown, and Ty Nsekhe, and only Smith was given a monster deal that it seems like Washington couldn’t have matched.

But this team wound up having an excellent draft — especially in the early rounds. After weeks of rumors suggesting a move up the board for Dwayne Haskins, Washington stood pat at No. 15 and saw Haskins drop right into its lap. When Montez Sweat tumbled down the board, they moved up to nab him and add some athleticism on the edge. With Crowder gone they needed a reliable target for Haskins, so they nabbed one with whom he played in college. And they added Stanford running back Bryce Love, who has explosive talent and could factor into the backfield early.

This is still likely the weakest team in the division due to the combination of their lacking offensive talent and the fact that they’ll either be quarterbacked by a rookie working with below-average weapons or Case Keenum working with below-average weapons, but the defensive should still be quite good and Haskins is a strong prospect. Washington may not entirely know what it’s doing, but there does at least appear to be the outlines of a plan.