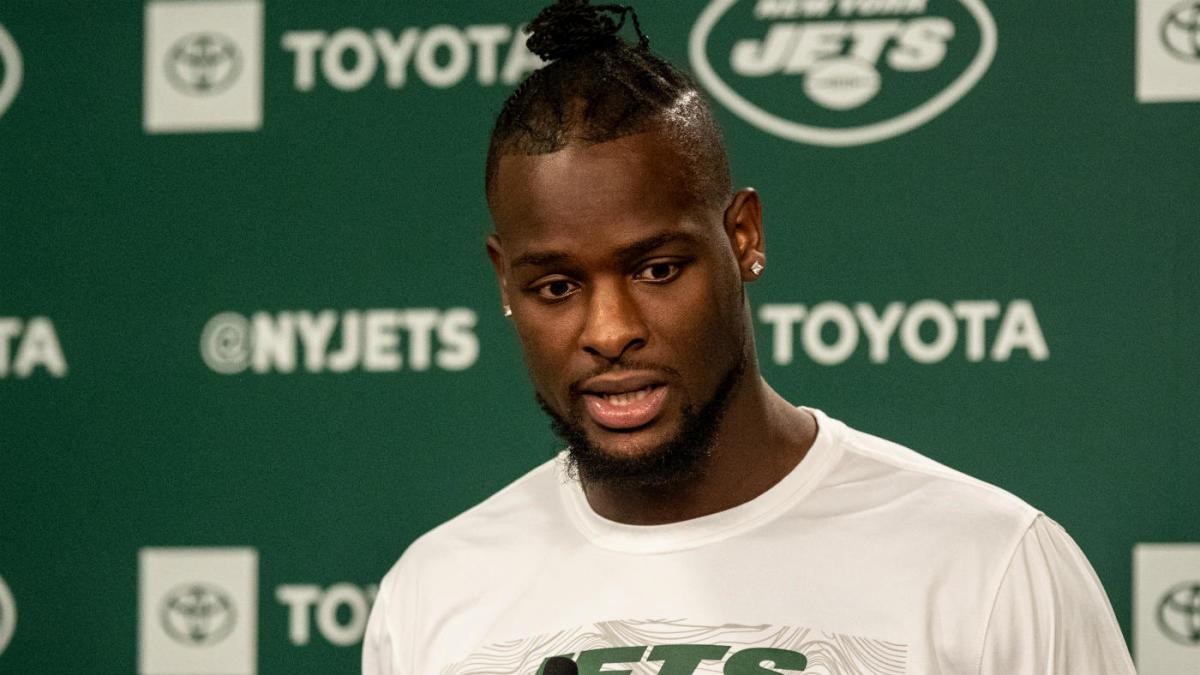 FLORHAM PARK, N.J. — The vintage Le’Veon Bell stop-and-hop was on full display. So was his ability to get out and glide on a pass route, smooth as almost any receiver in the game. He also looked to be in great shape, with all that hard work in Florida helping Bell shed any added weight he may have picked up in his year away from the NFL.

But what was missing from Bell’s first on-field work with the New York Jets Tuesday at their mandatory minicamp were a couple of things.

One being a vast knowledge of the playbook, which was evident by the way he bird-dogged the quarterbacks on every play-call, trying to learn it on the fly.

The second was the timing of the offense with him in it. Bell is a back whose game is making defenders miss, whether with a jump cut after a pause or a sleek move in the open field.

Let’s start with learning the playbook of first-year coach Adam Gase. It can be a complicated one, and the Jets have tried to help him as he stayed away from voluntary work with the team to train on his own in South Florida.

The Jets sent him playbooks on the iPad, and also Gase has talked to him a bunch about the offense. Running back Ty Montgomery has also kept in touch with Bell to help with the offense. Gase and Bell have communicated almost every day, but Gase even admitted that until you see him on the field you have no idea how quickly he can pick it up.

It’s one thing to look at it on a tablet, and an entirely different thing to execute it as you learn it.

“I literally was trying to listen to every word of the play,” Bell said after practice. “I went to the quarterbacks and literally listened to the whole play, because I wanted to know what everybody’s got. That’s going to only help me understand the offense quicker. I knew once I got up here, football is football, so I’m going to learn the offense.”

Since his head was spinning some, the timing wasn’t there, aside from one nice inside run. One particular throw from the morning workout under a bright sun summed up why he probably should have been attending the team’s OTAs. It came late in the practice when Bell ran a route into the right flat, but Sam Darnold’s pass was just off his fingertips for an incompletion.

Bell knew the play and ran the right route, but the depth wasn’t right. In September, after he’s back for training camp and knows the offense and has a better feel for Darnold, that pass will be caught for a touchdown.

The Jets are excited to have Bell as their marquee free-agent signing after he missed all of 2018 in a contract dispute with the Pittsburgh Steelers. That much came through listening to players and talking to coaches about his first day on the practice field. Bell will be taking part in the mandatory camp the next few days, but then will be back in Florida for the Jets’ final four OTAs next week.

“It’s great for the coaches (to have Bell around), and it’s good for the other guys as well because you have to get used to a guy’s running style,” Gase said. “We all know he has a unique running style, that patience he has. I think it helps the line, helps the quarterback and just kind of getting used to the communication that those two guys have, that’s critical of routes. There are a lot of tiny details you really can accomplish in person compared to just talking through a meeting or talking over the phone or through text message.”

“He’s eager to learn and we’re excited to have him out there,” Darnold said.

Bell got 11 plays in his first practice, but he said he wanted more. He said the coaches held him back some to protect him.

“They were looking out for me,” Bell said. “I was excited just to be out there that I wanted to take every snap.”

He took the first snap in the 11-on-11 drill and got dumped for a loss. The defensive players appeared almost to know the play as he ran right and they swarmed him, talking smack as they did. Long after the play would have been blown dead, Bell then ran through the defense for 30 yards, his usual trademark glide on display.

“It feels so good not doing it for a year,” Bell said. “It was amazing just running around. Trash talk. Catching some balls. Sweat in your helmet. Things we kind of take for granted when you are playing. But the fact I had the whole year off and came out here and played, it felt so good.”

But this wasn’t a player who missed a season for injury. Bell chose to sit and watch last season, becoming the poster image for the greedy athlete. It was his right to sit, but he will never make back the $14.6 million he left on the table by not playing under the franchise tag.

He did get a four-year, $52 million deal from the Jets, so it’s not like he’s playing for fun. But even so, it’s fair to wonder if the year off hurt him both financially and as a player.

When he last played in 2017, he was one of the game’s best running backs. Is he still?

“Maybe a lot of people forget because they haven’t seen it,” Bell said of his star power. “It’s normal. That’s what humans do. Once I go out and play the first game, people will be reminded.”

The Bell era on the field with the Jets got off to a bumpy start Tuesday, but there were enough flashes of the old Bell to get the team excited. The aura of a star shined through as teammates seemed to look to him for more than just running or catching the ball, almost hanging on his every movement and word. He is their star. On the Steelers’ offense, he was one of three, including Ben Roethlisberger and Antonio Brown.

You hear all those wonderful football things when Bell’s name is mentioned. You also might hear greed and misguided for sitting out an entire football season. A year from now, either the football stuff will stand out or the off-field, business stuff will be the focal point. His decision to train on his own, even as a new offense with a new team is being installed, will be subject to great scrutiny if he isn’t the same Le’Veon.

For now, all is good with Bell and the Jets. For one thing, he’s back running with the football, something he hasn’t done for a long, long time on an NFL field.