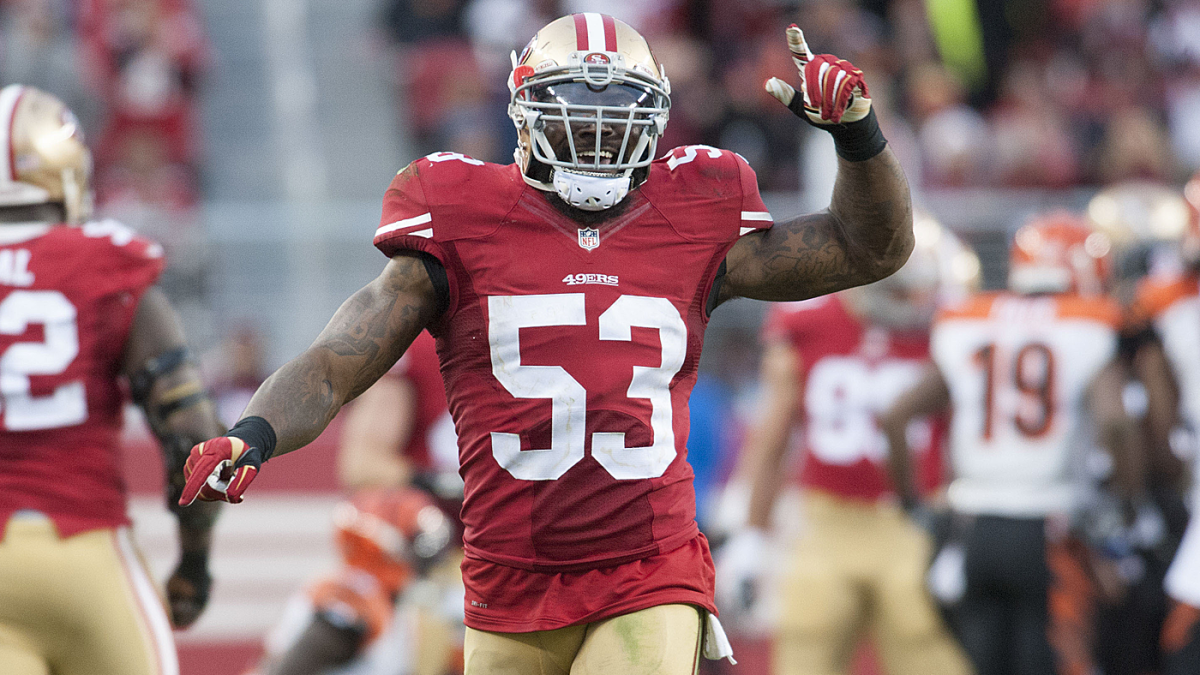 After a career that included the fourth-most tackles in 49ers franchise history, one trip to the Super Bowl, three Pro Bowl nods, and four first-team All Pro selections, linebacker Navorro Bowman is officially calling it a career.

The longtime 49ers linebacker, who spent a portion of the 2017 season with the Raiders and the 2018 season out of the league, retired on Tuesday, the 49ers announced. The team, however, wasn’t able to sign Bowman to a one-day contract to allow him to officially retire with them because it would’ve required them to make room for Bowman on their 90-man roster.

Bowman didn’t sign a contract with the 49ers on Tuesday, but he did show up at practice.

Bowman will be remembered as a 49ers great who formed an incredible linebacker tandem with Patrick Willis during the team’s most-recent peak under Jim Harbaugh that involved excruciating losses in the Super Bowl and two NFC Championship Games. In his eight-year run with the team, Bowman recorded 798 combined tackles, 14 sacks, and five interceptions. In that span, he ranked fifth in solo tackles among all defensive players even though he missed the entire 2014 season after suffering a gruesome injury during the 2013 playoffs. He was named first-team All Pro in 2015.

At his individual peak, he was one of the best linebackers in football. It’s rare to see a linebacker tandem as dominant as Willis and Bowman.

But age eventually took its toll on Bowman. The 49ers cut him not long after the 2017 season started as they looked to get younger. He immediately latched on with the Raiders, but didn’t play last season.