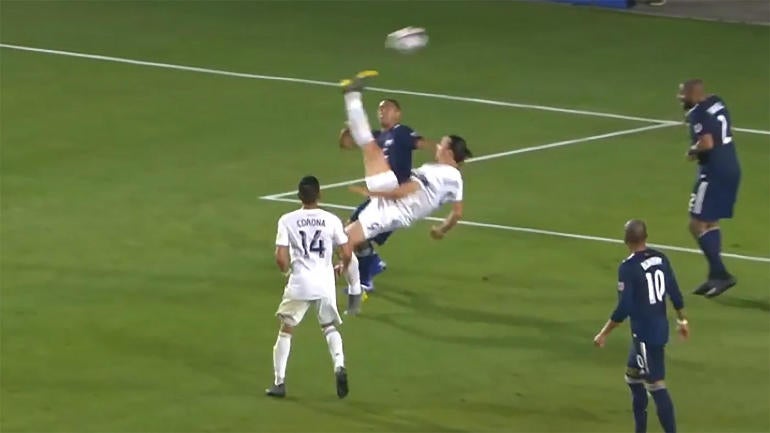 Zlatan Ibrahimovic was at it again on Sunday night. In the Los Angeles Galaxy’s surprising 2-1 loss to the New England Revolution, the legendary forward produced a magical strike that is up there with his best goals in recent years. Late in the game, he settled the ball, flicked it up and finished with a bicycle kick in what might be one of the best goals we’ll witness all season. Take a look at this effort:

Ridiculous effort out of nowhere. It’s amazing to think back on the best goals in recent years, and Ibrahimovic has more than a handful of them. There was the heel-shot with PSG, his overhead kick with Sweden against England and more. This one ranks up there with some of his very best, but it isn’t even his best goal with the Galaxy. That one came in his debut for the club:

What a player, what a signing. You can’t afford to not watch Ibra, because you don’t know what he’ll miss. One of the very best to ever play in MLS.