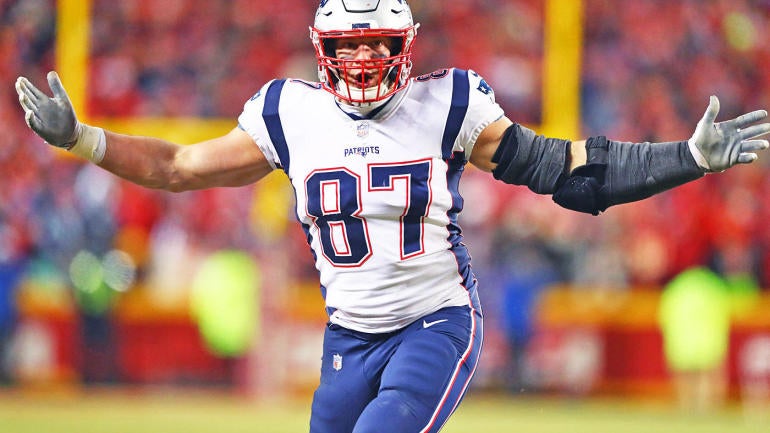 It has been a mere 71 days since Rob Gronkowski announced his retirement after nine season starring for the New England Patriots. Almost as quickly as his career ended, there was speculation that Gronkowski might un-retire and come back to play for the Patriots as soon as this season.

Tom Brady stoked the fire by commenting on an Instagram post noting that he hoped to throw more than 78 touchdown passes to Gronk. Agent Drew Rosenhaus said he would not be shocked if Gronkowski returned to the field.

For the first time, Gronkowski himself addressed those rumors this week. And he does not seem inclined to get back on the field any time soon.

“Whatever I say it doesn’t matter. It’ll always be crazy out there. You can put ’em to rest,” Gronkowski said of un-retirement rumors during the One Mission Buzz Off for Kids at Gillette Stadium, per Mike Reiss of espn.com. “I’m feeling good, [I’m in] a good place.”

That’s a pretty definitive statement from Gronkowski, but as he notes, what he says doesn’t matter because there will still be speculation. And you never know if he’ll return until the opportunity presents itself.

Besides, it’s not like a famous tight end deciding to quickly end his retirement and come back to football is unprecedented. It literally just happened with Jason Witten and the Cowboys. So, why not Gronk?