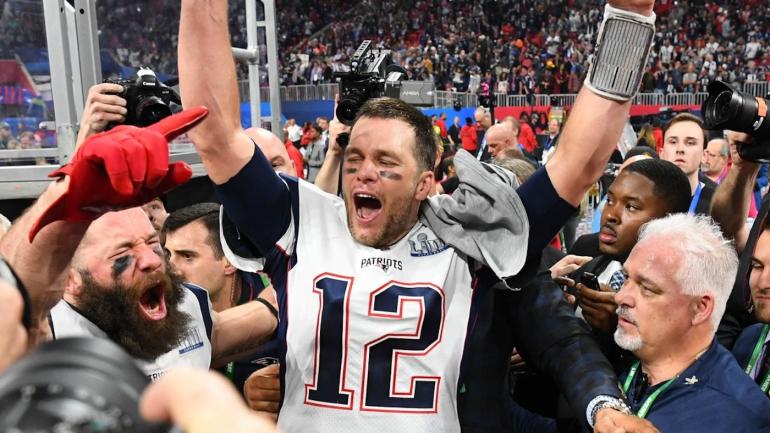 After four months of waiting, the New England Patriots are finally going to get their Super Bowl rings.

In what has basically become an annual event, Patriots owner Robert Kraft will be having the team over to his house this week so that everyone can receive their ring. According to ESPN.com, the event is going down on Thursday and everyone who was part of the organization during the 2018 season is invited to attend.

One former player and one former coach have already confirmed to ESPN that they’ll be attending. Former Patriots defensive end Trey Flowers, who signed a five-year, $90 million deal with the Lions in March, will be returning to Massachusetts for the event.

Former Patriots defensive coordinator Brian Flores also got an invitation to the ring ceremony and is expected to attend, even though he’s technically an enemy of the team since he’s now the head coach of the Dolphins.

With the event being held Thursday, that means Tom Brady is going to have roughly three days to figure out where he wants to wear his newest ring. From the looks of it, he’s run out of ring space on his right hand.

Brady will actually be going down in NFL history when he gets his ring this week. After Thursday, the Patriots quarterback will have six rings, which will break the record for most Super Bowl rings won by a single player. Before winning Super Bowl LIII, Brady had shared the record of five with Charles Haley.

Another person who will likely be wearing a lot of jewelry on Thursday is Bill Belichick. The Patriots coach will be collecting the eighth Super Bowl ring of his career (six with the Patriots, two with the Giants) and 11th ring overall. Belichick also has three AFC title rings that he occasionally wears. The last time Belichick busted out every ring he owns came at the team’s last ring ceremony in June 2017.

Although it’s not yet known what the newest ring is going to look like, it’s probably safe to assume that there are going to be a lot of diamonds involved.

The Patriots’ last Super Bowl ring contained exactly 283 diamonds, which was the team’s way of commemorating their 28-3 comeback win over the Falcons.