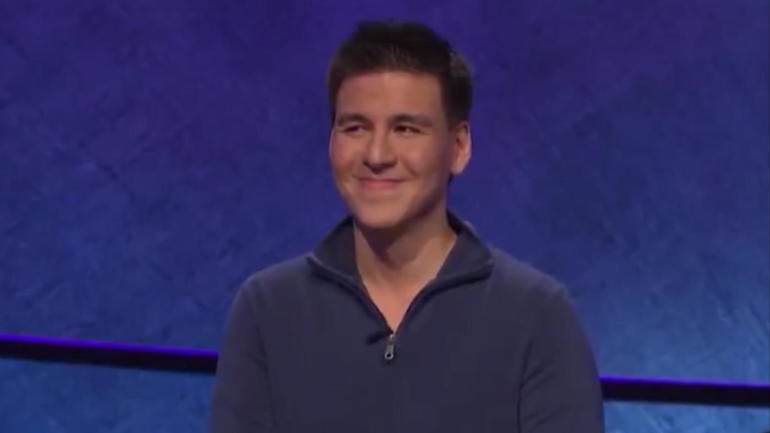 If you’ve been watching “Jeopardy!” at all over the past two months, then you’ve probably already heard of James Holzhauer. From April 4 until June 3, the 35-year-old sports gambler from Las Vegas put together one of the most impressive runs in the show’s history.

The problem with “Jeopardy” is that you can’t win forever and Holzhauer’s run finally came to an end on Monday after 32 straight wins and $2,464,216 in total winnings, which both rank second all-time (Jeopardy! legend Ken Jennings holds both records with $2,520,700 and 74 straight wins). Although Holzhauer didn’t top Jennings’ two biggest records, he did walk away with the 10 biggest single-game totals of all-time.

Now that Holzhauer is off the show, he plans taking a small break before going back to his day job, which is gambling. If you couldn’t tell by his style of play on “Jeopardy!,” Holzhauer loves to gamble, and apparently, there’s nothing he loves to bet on more than the NFL.

During a recent appearance on the Bet the Process podcast, Holzhauer revealed a few of his secrets on how he makes money on the NFL.

According to Holzhauer, one of the biggest edges an NFL bettor can get in Vegas is to place a futures bet on a team that has a good shot of earning a first-round bye in the playoffs.

“In football, one of the big sources of edge I’ve had for years and years now, and I’m still waiting for it to disappear, is sports books underestimate the advantage going to the 1 and 2 seeds,” Holzhauer said, via Pro Football Talk. “I’ll virtually never place a futures bet on a team unless they’ve got a really good shot at earning the first-round bye. The math is so, so slanted in favor of those teams. There are times when they don’t understand the tiebreakers.”

Holzhauer used the 2016 Falcons as an example of a team that almost won big for him. After Week 15, the Falcons were 9-5 and the Seahawks were 9-4-1, so it appeared Seattle had the edge on getting the second bye (The Cowboys were 12-2 at the time and had basically already clinched the first bye in the NFC).

Of course, the Seahawks didn’t get the bye and that’s because all heck broke loose in Week 16. The Seahawks dropped to 9-5-1 after losing to a Cardinals team they were favored to beat by nine points. The Falcons took advantage of the loss by beating the Panthers and improving to 10-5.

Although the Falcons now had a half game edge on the Seahawks for the final seed, the oddsmakers in Vegas apparently didn’t take that into account when updating the futures odds for both teams.

“I remember the year the Falcons lost the Super Bowl, Seattle got upset in Week 16,” Holzhauer said. “Seattle was then in a position to lose the tiebreaker to the Falcons, and they were still giving great futures odds to the Falcons as if this huge advantage didn’t exist, so I was really big on Atlanta that year.”

Unfortunately for Holzhauer, he didn’t win any money with his Falcons futures ticket because they ended up blowing a 28-3 lead to the Patriots during the second half of Super Bowl LI, a game they would eventually lose 34-28 in overtime.

One other thing that Holzhauer likes to do when he’s gambling on the NFL is to bet the middle, which can happen when two sportsbooks have different points spreads for the same game. For example, if the Steelers were favored to beat the Browns by 10.5 points at one book, but only 9.5 points at another book, Holzhauer would likely pounce on that.

The key to that bet is that if the Steelers were to win by exactly 10, he would be able to cash both tickets.

One other advantage that Holzhauer feels that he has over the house comes in the form of in-game betting. According to the “Jeopardy” star, the books don’t always know what they’re doing once halftime hits in the NFL.

“Football halftimes are big,” Holzhauer said. “In-play football betting, I think they make a lot of mistakes on that.”

Apparently, sportsbooks will sometimes overcompensate for the team that’s winning at halftime, which can make the team that’s trailing a solid bet, especially if they’re not trailing by much.

After winning more than $2 million on “Jeopardy,” Holzhauer is going to have a lot more money to bet with this season, but that’s only if the sportsbooks in Vegas are willing to take his bets.

“The public might not have known my name two months ago, but all the sportsbook managers in Vegas were already familiar with me,” Holzhauer told the ActionNetwork. “I hope I can still get my bets down.”

Although Holzhauer might not be able to take advantage of his own gambling secrets, the rest of us can. For more tips on betting the 2019 NFL season, make sure to click here and check out our gambling site, SportsLine.com.