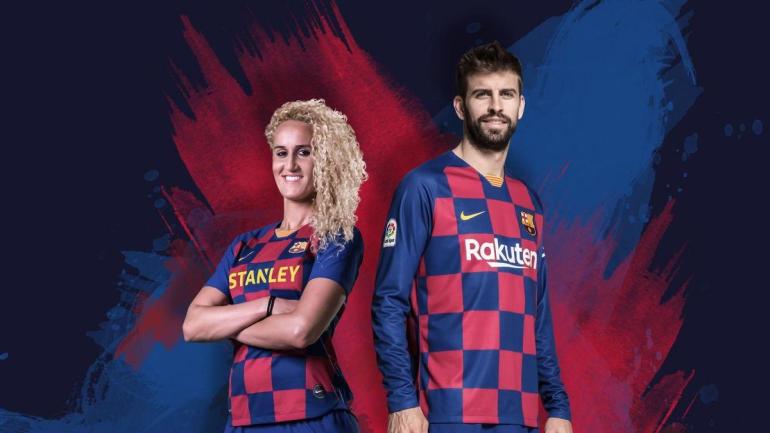 Less than a year after Croatia advanced to the World Cup Final wearing a signature checkerboard design, Barcelona has adopted a similar look, announcing Monday a drastic change to its jerseys as part of its 2019-20 home kit.

Barcelona has famously worn vertical stripes for nearly every year since its inception in 1899, only once altering to horizontal striping thanks to a tribute to Blaugrana flags in 2015-16. But the club took its visuals to a whole different level ahead of the new season, swapping the internationally recognizable stripes for a checkerboard print that’s said to mirror “the characteristic blocks” of Barcelona’s Eixample district.

Under the tagline “Talent takes different shapes,” the 2019-20 kit is meant to honor the diversity of “talent and creativity” in both Barça and Barcelona. Promoting the new threads are not only familiar team faces like Lionel Messi, Sergio Busquets and Sergi Roberto but representatives from countless other area sports and leagues, including women’s football, the B soccer team, basketball, handball, roller hockey and futsal — not to mention from other cultural icons in the areas of fashion, science and cuisine.

Aside from the checkerboard replacing the stripes on the home jerseys, the new design features blue shorts and blue socks with a red trim, as well as a re-positioning of the Catalan flag from the back of the neck to the front of the jersey, in the shape of a “V.”

“The kit is something new and exciting,” Barcelona captain Gerard Pique said. “It might be different, but it is 100 percent Barça and it is even better that the design represents the bond the club has with the supporters and the people who are driving the city forward.”

The new home kit, which will be available as a women’s team jersey for the first time starting in July, will go on sale June 4 at all Barca stores. Immediate reactions from Barcelona fans on social media, however, were predictably mixed — with a heavy dose of shock over the removal of the stripes.