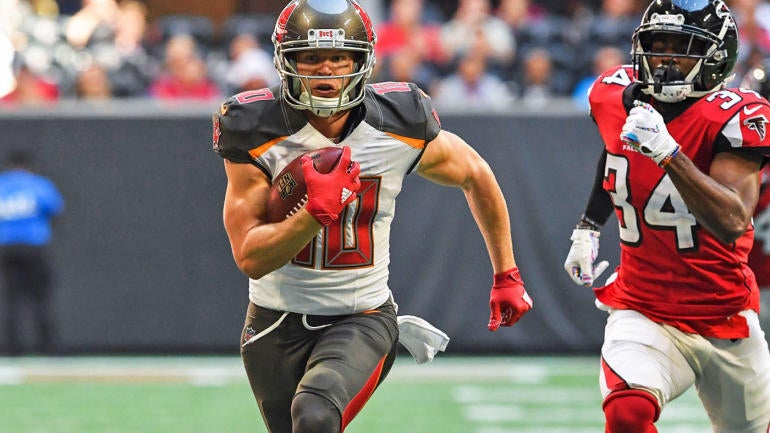 It’s not often that the New England Patriots break the bank for any player, but it is even less often that they do so for a free agent from outside their organization. The most notable free agent they’ve signed during the Bill Belichick era was Stephon Gilmore, but beyond him, they have generally stuck to offering mid-level type deals to solid veterans rather than springing for players at the top end of the market.

This offseason, though, they stretched a bit outside their usual comfort zone with an offer to former Tampa Bay Buccaneers slot man Adam Humphries, only to see Humphries end up choosing to sign with the Tennessee Titans instead. The Patriots’ offer reportedly exceeded the Titans’ in per-year salary, but he still stuck with Tennessee.

On Monday, Humphries explained why he chose to sign with the Titans and passed up the chance to play with Tom Brady.

“Obviously, he’s the G.O.A.T. That’s that simple,” Humphries told The Athletic. “But there’s so much that factors into a decision. It was a four-year deal. Who knows how many (years) he’s got left? There’s a lot that goes into it. Obviously the chance to play with him would have been awesome, but a lot of things factor into that decision. Ultimately, I thought this was coming here to a team that was on the rise and with young talent on the offense and a really good defense. They’d had a taste of the playoffs. I felt like my need at the slot position was great. I felt like I could really contribute and start something new here.”

The Patriots obviously have Julian Edelman as a slot man, but he has been working on the perimeter more and more over the past several seasons. They ended up drafting N’Keal Harry in the first round, and he’ll presumably complement Edelman, Phillip Dorsett, and whoever else works into their rotation. In Tennessee, Humphries will presumably be on the field with Corey Davis and second-round pick A.J. Brown pretty often, but Taywan Taylor and Tajae Sharp figure to work into the mix as well.