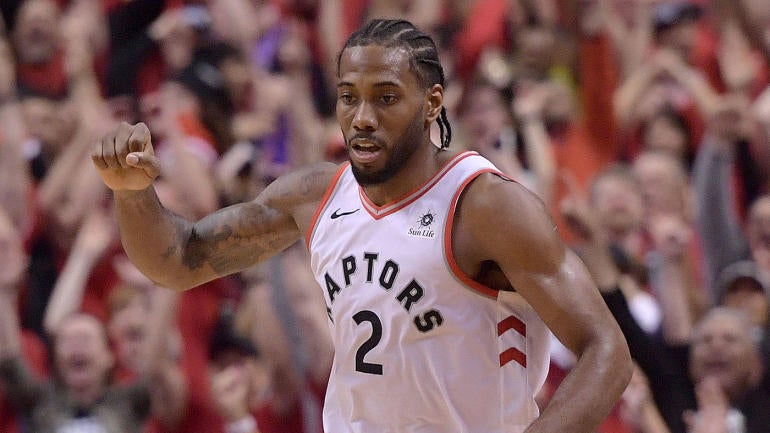 The Golden State Warriors will look to avoid their first 0-2 hole in a playoff series since May 2007 when they take on the Toronto Raptors in Game 2 of the 2019 NBA Finals on Sunday night at Scotiabank Arena in Toronto. In Game 1 on Thursday, the Warriors got blitzed by the Raptors, who shot 50.6 percent from the field and 39.4 percent on three-pointers, in a 118-109 Toronto victory. The loss was Golden State’s first in any Game 1 since the 2016 Western Conference Finals against Oklahoma City. Tip-off for Game 2 is set for 8 p.m. ET. Sportsbooks list Toronto as a 2.5-point favorite in the latest Raptors vs. Warriors odds, while the over-under for total points scored is 212.5. Before you make any Raptors vs. Warriors picks or predictions for the 2019 NBA Finals, see what the SportsLine Projection Model has to say.

The model, which simulates every game 10,000 times, is crushing its NBA picks. It entered the 2019 NBA Finals with a sterling record on its top-rated picks, returning more than $3,000 in profit to anybody following them this season. And it has been particularly red-hot on its A-rated NBA money line picks, entering the 2019 NBA Finals on a strong 85-61 run. Anybody who has followed it is way up.

Now the model has honed in on Game 2 of Raptors vs. Warriors. We can tell you it is leaning under, and it says one side of the spread hits in over 50 percent of simulations. That pick is available only at SportsLine.

The model has factored in that Toronto, already an excellent defensive team, has only improved on that end of the court in the postseason. During the regular season, the Raptors allowed 106.8 points per 100 possessions, which ranked fifth in the league. In the playoffs, Toronto is giving up just 102.9 points, which is third among playoff teams. In Game 1 on Thursday, the Raptors locked down on Golden State defensively, limiting the Warriors to 43.8 percent shooting from the field (well below their season average of 49.0) and forced Golden State into 16 turnovers.

The model also has factored in Toronto’s significant edge when playing at Scotiabank Arena. The Raptors have been the second-best home team in the playoffs, outscoring their opponents by 12.1 points per 100 possessions. They’ve gone 9-2 at home during the postseason, improving their home record to 41-11 for the whole season.

But just because the Raptors got the win in Game 1 does not guarantee they will win or cover the Warriors vs. Raptors spread in Game 2 on Sunday.

The model knows that Golden State is capable of playing much better defensively. The Warriors’ defensive rating from Game 1 was 121.6 points per 100 possessions, the worst for the team in a game since coach Steve Kerr took over at Golden State in 2014. For comparison, Cleveland was the worst defensive team in the NBA during the season, at 116.7. Golden State’s rating was 108.5 during the regular season and 110.2 over the first three rounds of the playoffs. A return to that level of defense alone could turn Game 2.

In addition, the model also knows that the Warriors have been resilient during their championship run. Since the start of the 2015 playoffs, Golden State’s first title run, the Warriors are 16-7 in the game after a loss in the playoffs. Only the Houston Rockets have been able to beat Golden State in consecutive playoff games in the last three postseasons.