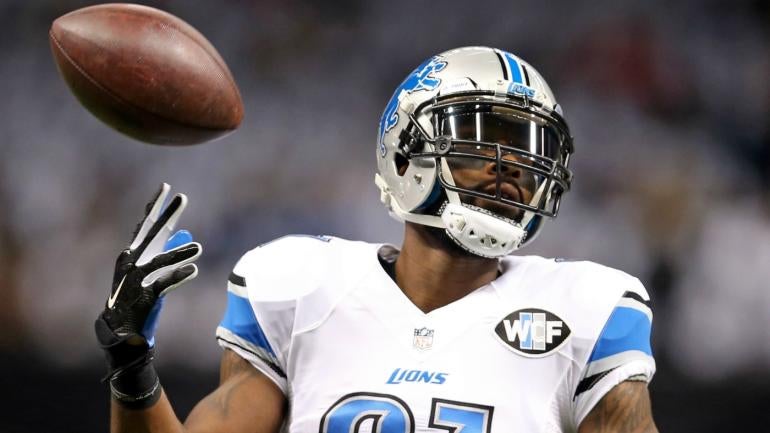 The Detroit Lions have expressed a desire to patch up their fractured relationship with franchise legend Calvin Johnson, but mending fences won’t come cheap.

On Saturday, Johnson revealed what it’ll take for the two sides to make peace. He wants his money — the money he was forced to give the Lions when he retired — back.

“They already know what they got to do,” Johnson told the Detroit Free Press. “The only way they’re going to get me back is they put that money back in my pocket. Nah, you don’t do that. I don’t care what they say. They can put it back, then they can have me back. That’s the bottom line.”

After Johnson retired following the 2015 season, he was forced to return a portion of his signing bonus from the eight-year contract extension he signed in 2012. It later came out that Megatron had paid the Lions at least $1 million, which understandably rubbed Johnson the wrong way.

“I don’t even like to talk Lions too much just because the way our relationship ended,” Johnson told the Free Press in May 2017. “If they see me around here, we’ll see. But hey, I don’t know.

“I just didn’t feel like I was treated the way I should have been treated on the way out. That’s all. I mean, it’s all good. I’m not tripping. I don’t feel any kind of way, just hey, that’s what they did. Hey, it is what it is.”

That should sound familiar. The Lions did something similar with another franchise icon, Barry Sanders, but they managed to repair their relationship with Sanders, who now works as a paid ambassador for the team. Now, they’re hoping for a similar type of relationship with Johnson.

In mid-May, Lions president Rod Wood revealed that he hoped to bring Johnson back into the fold. He called it “a very high priority.”

“That’s on the agenda this year, reaching out to him,” Wood said, per the Free Press. “We have Barry (Sanders) coming in this week for a couple events and I want to kind of try and find a way to do something similar to what we’ve been doing with Barry if Calvin would be interested. So that’s on my agenda to get to him and talk about it.”

Now, the Lions know what it’ll cost them. It’s just not clear if the team will be willing to give Johnson what he wants.

It’s not difficult to understand where Johnson is coming from. After becoming the second-overall pick of the Lions in 2007, Johnson went on to catch 731 passes for 11,619 yards and 83 touchdowns during his nine-year career that could result in a gold jacket despite his early retirement. From 2007-15, he ranked seventh in receptions, first in receiving yards, and first in touchdown catches. That’s how dominant Johnson was throughout his entire career. He was everything the Lions wanted and needed him to be.

And it came quite the cost. As Johnson revealed the season after he retired, the physical toll of professional football played a role in his early departure from the NFL, saying: “I got stuff that’s going to hurt for the rest of my life.”

“The thing I don’t miss is waking up in the morning, hurting, the grind of the game,” Johnson told ESPN in December 2016. “I got chronic stuff that everybody has when they’re done playing football for any length of time. So the good thing is I’m able to walk. I feel good. I’m able to spend more time with the fam. I’m able to chill. I don’t have to go out and run three miles every day in practice, you know what I’m saying. Goodness gracious.”

While the cost of repairing a fractured relationship isn’t cheap, it also isn’t a mystery. If the Lions truly want to repair their damaged relationship with one of the best players in the history of their franchise, they know what they have to do. And here’s where it’s worth noting that the Lions will be paying long snapper Don Muhlbach a base salary of $1.03 million in 2019, per Spotrac. Johnson’s price tag might not be cheap in normal-person terms, but in NFL terms, it’s roughly the cost of a long snapper. Even if the total amount Johnson paid the Lions is significantly higher than $1 million, the Lions can probably afford it.

We’re about to find out just how much the Lions actually value a functional relationship with Johnson.