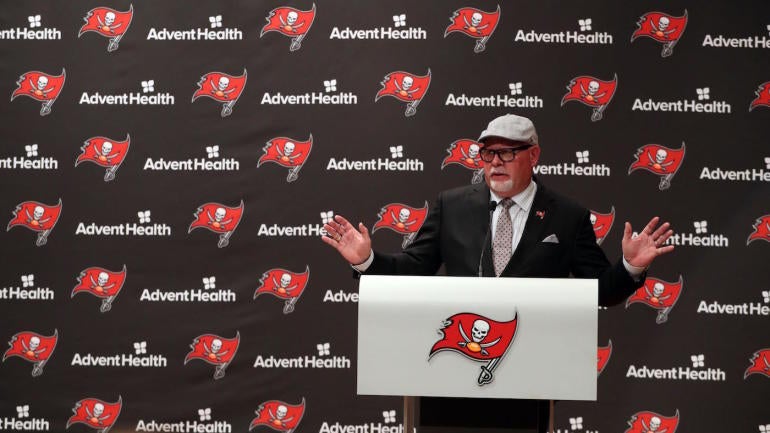 For all of the changes the Buccaneers have made to their front seven, it’s their secondary that remains the biggest hurdle to a defensive turnaround.

In 2018, the Buccaneers’ last-ranked defense allowed 8.2 yards per pass attempt and a 110.9 passer rating, both of which ranked dead last. As an overall unit, the defense surrendered the sixth-most yards and second-most points while slotting in at 32nd in DVOA, which is probably why the Buccaneers used six of their eight draft picks on defensive players.

According to Arians, the secondary is “totally fixed.”

“Probably secondary. I think we’re really, really good,” Arians said when asked about the team’s biggest area of improvement during offseason workouts, via NFL.com. “With Carlton [Davis] and Vernon [Hargreaves], we knew we had two solid corners, now we’ve got five solid corners. I think Ryan [Smith] came a long way. So, yeah, I think — earmarked as a problem set back in January, that’s totally fixed. Let’s knock on wood they stay healthy.”

Those four players have joined a secondary that already includes 2016 first-round pick Vernon Hargreaves, 2018 second-round picks Carlton Davis and M.J. Stewart, and 2016 fourth-round pick Ryan Smith — all cornerbacks — in addition to 2017 second-round pick Justin Evans, who should start at safety alongside Kentrell Brice. Given just how bad the Buccaneers’ secondary was last season, it’s not at all surprising that none of those returning players received high marks from Pro Football Focus.

Perhaps the biggest change the Buccaneers made was installing Todd Bowles as their new defensive coordinator. Bowles, who most recently served as the Jets‘ coach, is well regarded for his work as the Cardinals‘ defensive coordinator under Arians from 2013-14. Before getting a chance to run a defense of his own, Bowles worked as the secondary coach for five NFL teams starting in the 2000 season. If anyone can get the most out of the Buccaneers’ secondary, it’s probably Bowles.

But it won’t be easy. The Buccaneers are stuck in the same division as the Saints, Falcons, and Panthers, which means they’re stuck in the same division as Drew Brees, Matt Ryan, and Cam Newton, all of whom they’re scheduled to face twice during the upcoming season. The NFC South might have better overall quarterback play than any other division in football — even after factoring in Jameis Winston.

It’s not just the secondary that has undergone changes. The Buccaneers’ front-seven looks completely different after they swapped out Gerald McCoy for recent signee Ndamukong Suh and Kwon Alexander for first-round pick Devin White, and lost Jason Pierre-Paul to a long-term injury.

Massive changes have come to Tampa Bay after the Buccaneers missed the playoffs for the 11th straight year. The last time the Buccaneers qualified for the postseason, Jon Gruden was still their coach, neither McCoy nor Suh had entered the NFL, and Arians had just wrapped up his first season as the Steelers‘ offensive coordinator. So yeah, it’s been a while.