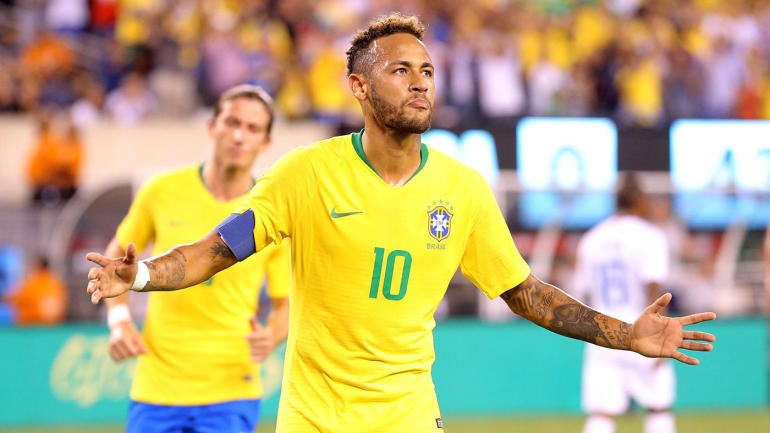 A woman has accused Brazilian superstar Neymar of rape, according to Globo. A formal police report was filed in Brazil with Sao Paulo police, though the woman alleged that the reported incident occurred in Paris. Neymar, 27, responded Saturday night, denying the accusations and saying they are an extortion attempt.

Neymar posted a seven-minute long video on his Instagram page that included messages and explicit photos from conversations with the woman on WhatsApp. In a statement, Neymar’s press office said “we completely repudiate the unjust accusations.” From the statement:

Although he was surprised by the news, the facts were already known to the athlete and his staff, considering that a few days ago he was the victim of an attempted extortion, practiced by a lawyer from the city of São Paulo, who, according to his version, represented the interests of the alleged victim.

The athlete’s lawyers were immediately notified and have since taken all appropriate steps.

Faced with the unfortunate, illegal and outrageous event, we completely repudiate the unjust accusations and, above all, the exposure in the press of an extremely negative situation.

The woman reportedly told police that Neymar was “apparently drunk” and “became aggressive and, through violence, practiced sexual intercourse” against her will. The alleged incident took place in Paris on May 15.

Neymar’s father also commented on the accusations and said they have evidence that the relationship was consensual and that his son did nothing wrong, according to Globo.

Neymar, who recently lost his role as captain, is with the Brazilian national team ahead of the Copa America, which the country is hosting this summer. Brazil opens the tournament on June 14 against Bolivia. The Brazilian federation had not commented on the situation as of Sunday morning.