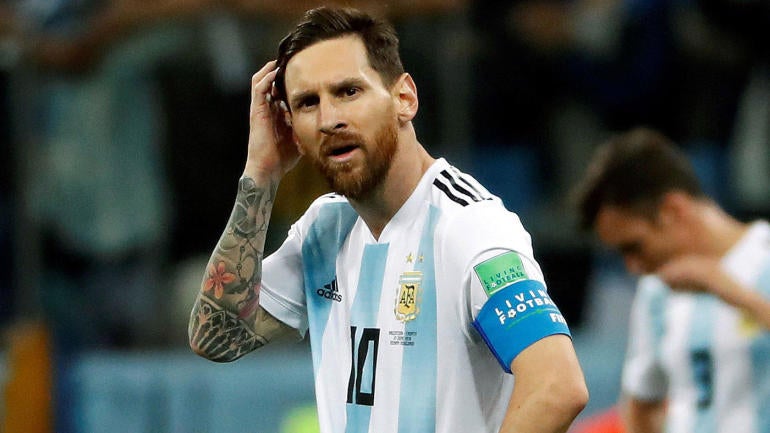 Lionel Messi is preparing for the Copa America this summer with the Argentina national team, but we may never see him at a World Cup again. Speaking in Argentina, the 31-year-old wouldn’t confirm that he would continue with the national team into the 2022 World Cup in Qatar.

“I do not know if I will reach the World Cup in Qatar,” Messi said to Fox Sports Radio in Argentina. “God will decide whether it is given to me or not. Today I feel great, very well physically, but I’m [almost] 32 years old and I don’t know how it’s going to go.

“A lot of things can happen, I hope I don’t have any serious injuries.”

Messi briefly retired from the national team after the 2016 Copa America final loss to Chile, and he appeared set to do it again after the 2018 World Cup disaster with Jorge Sampoali as coach. He has come back though, playing in recent friendlies as he aims to win a major title with Argentina. That is what fuels him.

“I want to finish my career having won something with the Argentine national team, or if not, having tried as many times as possible,” Messi said. “I do not want to be left with the feeling that it did not happen and I let opportunities pass by.”

It remains to be seen if Argentina can be a true contender at this summer’s Copa America, as it’s a youthful squad with several questions marks. If Argentina does win hardware, perhaps that makes Messi more likely to retire or even entice him to keep on going. There aren’t many chances more for Messi to win a title with his country, but it’s easy to see how much he craves one.

You can watch Messi this summer in the Copa America on fuboTV (Try for free).