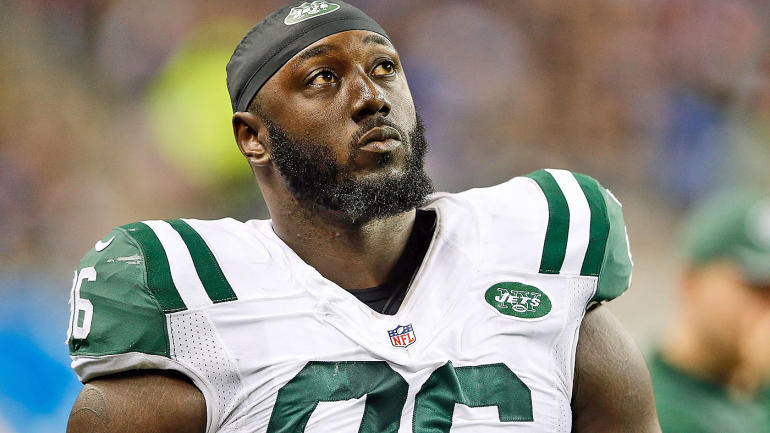 Former Jets defensive lineman Muhammad Wilkerson was charged with driving while intoxicated after an arrest in Manhattan.

Police told ABC-7 in New York that Wilkerson was pulled over after he ran a stop sign around 3:30 a.m. on Saturday. According to the New York Daily News, police were going to let him off with just a ticket, but then they detected an odor of alcohol on his person while also noting that the former first-round pick had bloodshot eyes.

The 29-year-old was officially charged with DWI after he failed a breathalyzer test. Wilkerson’s BAC came out to .09, which was slightly over New York’s legal limit of .08.

According to court documents obtained by the Daily News, Wilkerson eventually admitted to police that he had drank several alcoholic beverages on the night.

“I had one shot and two beers,” the defensive lineman told authorities.

Wilkerson was later released after being charged. The defensive lineman’s next court date is currently scheduled for July 8.

The arrest could put a damper of on any hopes Wilkerson might have had of signing with an NFL team any time soon. Wilkerson is arguably the best free agent — not named Gerald McCoy — who currently remains available. Teams will likely want to see how his legal case plays out before they end up signing him.

The veteran defensive lineman is coming off a 2018 season with the Packers where he only played in three games. Wilkerson was one of the Green Bay’s most high-profile free agent additions last season, but his year ended in September after he suffered a serious ankle injury that sent him to injured reserve.

Before signing with Green Bay, Wilkerson spent the first seven seasons of his career with the Jets. The 2015 Pro Bowler entered the league back in 2011 after the Jets made him the 30th overall pick in the NFL Draft.