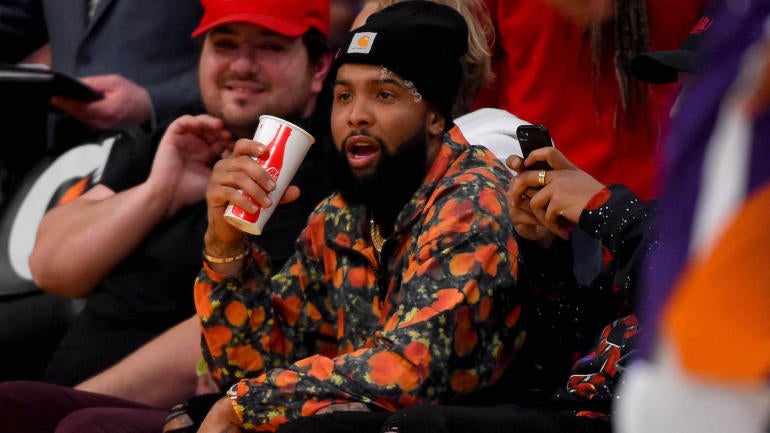 After skipping out on nearly every offseason training session that the Browns have held this year, it appears that Odell Beckham is finally going to show up for a practice in Cleveland this week.

The wide receiver revealed that information on Friday during a testy Instagram exchange with one of his followers. After posting a picture of himself, a follower commented on the photo and told Beckham to “”cut out the crap and get to camp.”

According to Cleveland.com, Beckham responded by casually mentioning that he’ll in town for the Browns mandatory minicamp, which runs June 4-6.

If Beckham does show up, Browns coach Freddie Kitchens will likely be jumping for joy, and that’s because it sounded like he was starting to get a little frustrated this week with the fact that his star receiver only showed up for one of the team’s 10 OTA sessions this year.

When Kitchens was asked on Thursday what Beckham has missed so far, his answer was pretty simple.

Beckham has only been in Cleveland twice since being traded to the Browns on March 13. The receiver showed for the first day of Phase 1 workouts, but that might have only been because his introductory press conference was held the same day. Beckham then showed up for the team’s first OTA session in mid-May, but he hasn’t been back since.

The Browns probably shouldn’t be surprised by any of this, and that’s because Beckham never promised to show up for OTAs when he was asked what his offseason plans were during his first press conference with the team on April 1.

“I want to set the tone. I don’t know exactly my offseason plans,” Beckham said at the time. “I usually train in [Los Angeles], but I definitely want to be able to be here and create that bond, that relationship with the new teammates, coaches, everybody, so you can kind of see who I am, exactly.”

One person in the Browns organization who isn’t concerned about the fact that Beckham missed nearly every OTA is wide receivers coach Adam Henry. Henry, who also coached Beckham in New York and at LSU, thinks it might be for the best that Beckham wasn’t around this offseason.

“No, he’s going to work,” Henry said, via Cleveland.com. “He’s always in condition. You’ve got to save him from himself when he’s practicing because he’ll just go and go and go. He’s like the young person with the ball. If there’s a ball being thrown or kicked, he wants it. He wants to play. So even in the course of practice, the offense may not be going, the defense is going, he’s doing something. He’s a busybody that way.”

Although Beckham hasn’t really been around this offseason, the fact of the matter is that everything he’s skipped so far has been voluntary. Beckham’s absence would become much bigger news if he were to skip Cleveland’s minicamp — because it’s mandatory — but it doesn’t look like that’s going to happen.