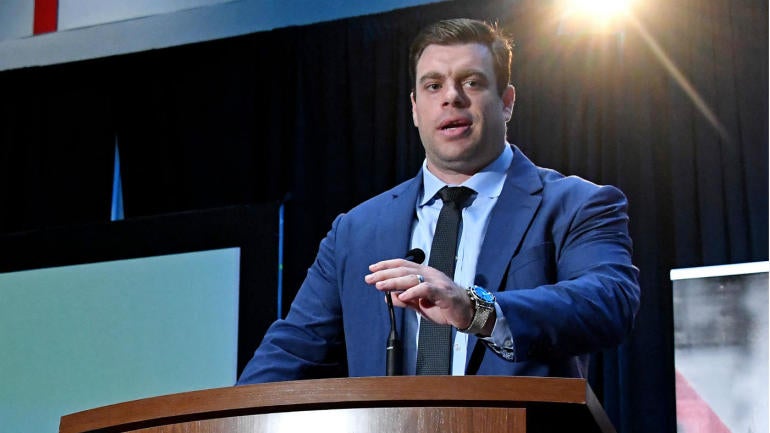 A lot of things in the NFL have changed over the past 30 years, but if there’s one thing that hasn’t really changed at all, it’s the postseason.

The NFL‘s current playoff format has been in place since 1990 when the field was expanded from 10 teams to 12 teams. Although there haven’t really been any changes made over the past 29 seasons, it’s very possible that changes could be coming in the near future as the NFL and NFLPA get ready to hunker down and start negotiating the new collective bargaining agreement.

On the NFL’s end, it seems that league would like to make at least one big change to the format. As CBS Sports NFL Insider Jason La Canfora reported this week, the NFL is looking to add an extra playoff game to each conference. The league would do that by potentially expanding the playoff field from 12 to 14 teams.

If that change gets brought to the negotiating table by the league, don’t be surprised if NFLPA president Eric Winston brings his own idea for change to the table. Although Winston doesn’t necessarily want to see the playoffs expanded, he does want to see the NFL completely change how it seeds teams during the postseason.

In a recent interview with NBC Sports, Winston wrote that he would like to see playoff teams seeded by record, not by whether or not they won a division title. If that format sounds familiar, it’s probably because it’s the same format that was implemented by the NBA during the 2015-16 season.

If the NFL playoffs had seeded teams by record in 2018, the postseason would have looked like this in the AFC (Actual seed from 2018 playoffs):

The biggest difference here is that the Patriots would have had to play in the wild-card round against the Colts instead of getting a bye to the divisional round. Not only would the Patriots’ bye week have gone to the Chargers, but the Ravens wouldn’t have gotten a home game for winning the AFC North. Instead, Baltimore would have opened on the road against the Texans.

Basically, with the exception of Kansas City and Indianapolis, every team’s seed would have been different.

In the NFC, the postseason field would have looked like this:

Unfortunately for Bears fans, not even Winston’s format can save you: You still lose to the Eagles on a double-doink field goal in the wild-card round.

Winston’s format is pretty simple and it would make a lot of sense for the NFL to implement it. Basically, it rewards the best teams for being the best.