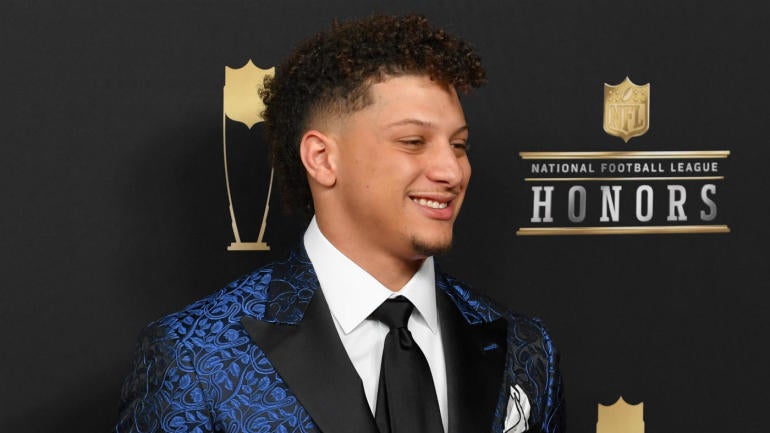 If we learned one thing about Patrick Mahomes during his first full season as a starting quarterback last year, it’s that he has an absolute cannon for an arm.

During the preseason, Mahomes showed off that cannon when he threw a 69-yard touchdown pass to Tyreek Hill that traveled an estimated 68.6 yards through the air. That number is notable, because it’s believed to be the most air yards on any touchdown pass thrown by any quarterback since at least 2000 (the longest regular season pass in 2018 was 63.9 yards).

Here’s a look at that preseason pass.

Of course, that wasn’t the first time that Mahomes has shown off his arm strength. Back at his pro day in 2017, Mahomes threw a pass that traveled more than 80 yards in the air, and the scary thing for opposing defenses is that Mahomes thinks he can actually throw a ball even farther than that.

During a recent interview on the “Pardon My Take” podcast, Mahomes was asked how far he might be able to throw the ball when the Chiefs play in Mexico City this year, and he gave a wild answer.

On one hand, that number is so absurd, it doesn’t even seem possible. When you think of strong-armed quarterbacks, you think of guys like Brett Favre. Well, Favre couldn’t even throw it 80 yards during a distance competition at the Pro Bowl in 2005.

Although Favre won the contest, he “only” threw the ball 76 yards, so the idea of throwing it 100 yards seems kind of crazy.

On the other hand, if Mahomes were to ever throw a ball 100 yards in the air, Mexico City would definitely give him his best shot, and that’s because Azteca Stadium sits at an elevation of 7,200 feet. To put that in perspective, that’s nearly 2,000 feet higher than the elevation in Denver (5,280 feet), where Mahomes has already thrown a couple of bombs.

“Yeah, I got to like 80, 83 in Denver and then you have to times it by two because it’s like two miles above altitude,” Mahomes added. “So I can handle the extra 20.”

OK, hold on. I wasn’t a science major in college, but I’m not quite sure the physics is going to work the way Mahomes is describing it. To figure out how far Mahomes could throw a ball, you’d have to take things into account like velocity, launch angle, wind speed, gravity, and of course, the elevation.

The guys over at Wired.com actually looked into how elevation helps field goals back in 2011 and they figured that playing Denver added roughly five yards to each kick. Using a similar formula, it seems likely that Mahomes could hit the 90-yard mark at a higher elevation, but he’d probably have to have some serious wind at his back to even have a chance of hitting 100 yards, even in Mexico City.

The NFL loves making money so if they really want to take advantage of this, they should bring the distance throwing competition back to the Pro Bowl and hold the event in Mexico City. Also, Josh Allen challenged Mahomes to a throwing contest earlier this offseason — and Mahomes accepted — so now we just need to get both guys to agree to hold their throwing battle south of the border.