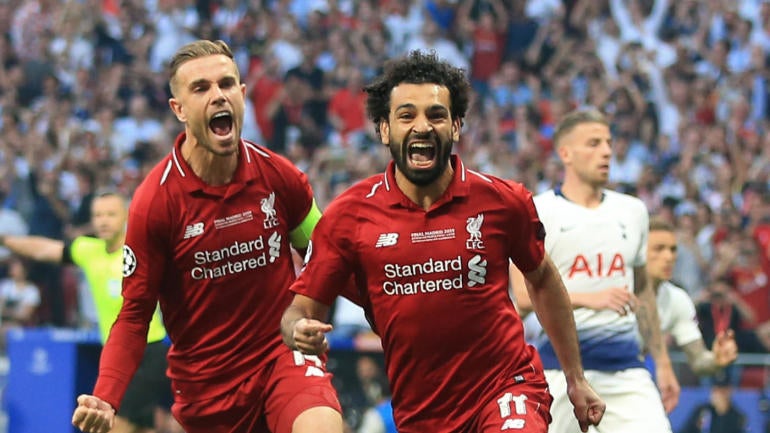 The Champions League trophy once again resides at Anfield. On Saturday in the Champions League final, the Reds beat Tottenham 2-0 to lift the trophy for the sixth time, the first since 2005. Mohamed Salah scored the winner just two minutes in thanks to a controversial penalty kick, while Divock Origi replaced Roberto Firmino in the second half and scored in the dying minutes to put it away.

The loss sees Tottenham’s Cinderella run fall just a game short of the ultimate European club glory, but it put Spurs on the map as a contender in all competitions for years to come.

Reds benefit from early call but are worthy winners

It took just 23 seconds for this one to get heated thanks to a handball from Moussa Sissoko, who saw the ball hit him near the armpit before touching his hand. The referee called the penalty kick.

And here’s the goal:

It doesn’t get much more controversial than that in the early going, as any penalty would be. Sure, it hits his hand, but that is after it hits the core of his body. I don’t think that is a handball, as it didn’t hit his hand first and was far from intentional or him trying to make himself bigger. The Reds took advantage, and the rest is history, but it feels harsh.

Harry Kane played, but it was hardly noticeable

Kane returned from injury in what was expected to be a big boost for this team, but Mauricio Pochettino will be questioned as to if he should have played him. He wasn’t his sharpest and didn’t have a whole lot of chances, but he did had some solid build-up play. Tottenham actually outshot Liverpool on the night.

It’s easy to say that they could have done better without him, but they needed Kane in this game to have a realistic shot. Spurs gave it their all, and there was little more they could do against a Liverpool defense that played cautiously and took care of business.

When Jurgen Klopp signed with Liverpool four years ago, he said he expected this team to have a title by his fourth season. But after losses in the Champions League final last year and both the Europa League and League Cup in years prior, the pressure was on here to deliver, and the Reds did just that. It wasn’t an attacking outburst but it was a showing for the Reds that has characterized their season — strong defensively and taking chances in the final third. They did it against Barcelona in the semifinals, they did it all year long in the Premier League and then on the biggest stage, they take two chances to win the title and produce the most memorable day in their careers.

Klopp saw the potential to revive Liverpool, and he did just that by lifting them to the summit.

Miss any of the action? You can find our live coverage of the Champions League final below. If you are unable to view the live updates below, please click here.