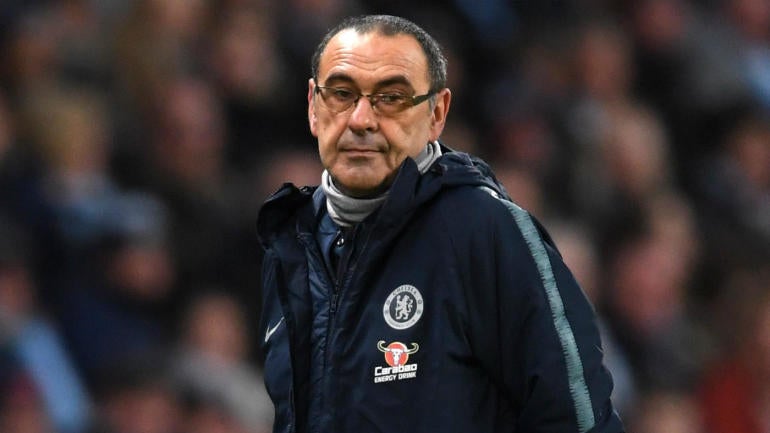 Chelsea manager Maurizio Sarri has informed the team that he wants to leave the club this summer, according to Sky Sports.

Sarri has only been with Chelsea for one season and helped them finish in third place in the Premier League. He also led the club to its second Europa League title in club history, with Chelsea beating Arsenal 4-1 in the final on Wednesday.

Sarri managed in Italy for more than 20 years, working his way up from the eighth tier in Italy to Serie A, before making the jump to the Premier League. He may soon return to his home country, as Sarri has been linked to the Juventus job, which has been open since Massimiliano Allegri announced he would not be returning on May 18.

For Chelsea, they will be looking for a new manager for the second straight year after dismissing Antonio Conte in 2018 following two years with the club. Conte took Chelsea to the Premier League title in his first season with the club, winning 30 of the team’s 38 matches in the process. But despite winning the FA Cup the following season, a fifth-place finish in the Premier League in 2017-18 earned Conte the ax.

Sarri isn’t the only big name leaving Chelsea this offseason. Star midfielder Eden Hazard is set to join Real Madrid, where he will reportedly wear Cristiano Ronaldo’s former No. 7.