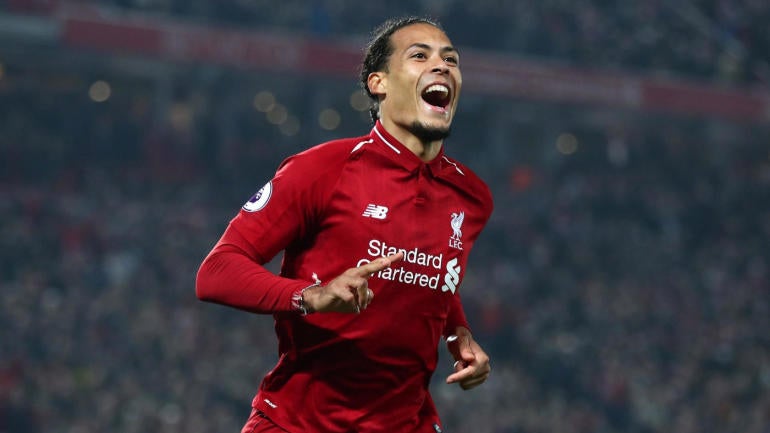 A champion will be crowned Saturday when Liverpool battles Tottenham in the 2019 Champions League Final. Tottenham is making its first ever appearance in the Champions League Final, while Liverpool is looking to win its sixth European title. These two Premier League rivals met twice this season, with Liverpool winning both matches. Kick-off from Wanda Metropolitano Stadium in Madrid, Spain is scheduled for 3 p.m. ET. Oddsmakers list Liverpool as a -125 money line favorite (risk $125 to win $100), while Tottenham is going off at +335. The draw is +275 (after 90 minutes plus injury time), and the over-under for total goals scored is 2.5. Before you make any Liverpool vs. Tottenham picks and 2019 Champions League Final predictions, you need to see what European football expert David Sumpter has to say.

And the model has been red-hot again this season. It made some huge calls on the final day of the Premier League, including Crystal Palace (-115) over Bournemouth, Manchester City (-650) over Brighton, Liverpool (-330) over Wolves, and an extremely profitable draw between Chelsea and Leicester City (+260). Anyone who has followed it is up big.

Now, the model has its sights set on the Champions League Final 2019. We can tell you the model is leaning towards the over, but its much stronger play is on the Liverpool vs. Tottenham money line. You absolutely need to see it before locking in any picks.

The model has factored in that Liverpool features one of the most lethal attacks in all of Europe. Liverpool’s attack is led by Mohamed Salah and Sadio Mane, who combined to score 44 goals in the Premier League this season.

Defensively, Liverpool boasts a dynamic back line that has kept a clean sheet in four of its last six matches across all competitions. Plus, Liverpool has lost just one of its last 14 meetings against Tottenham, winning nine and drawing four.

But just because Liverpool has dominated Tottenham doesn’t mean it’s the best value on the Liverpool vs. Tottenham money line Saturday.

Tottenham showed its resiliency during its dramatic comeback against Ajax in the semifinal after falling behind 3-0 on aggregate. Tottenham’s Lucas Moura scored a second half hat-trick against Ajax which helped Tottenham advance to its first ever Champions League final.

So who wins the 2019 Champions League Final? And where does all the betting value lie? Visit SportsLine now to see which side of the Liverpool vs. Tottenham money line you need to be all over, all from an expert who created a model that’s returned a 2,000 percent profit on the bookmakers’ closing odds.