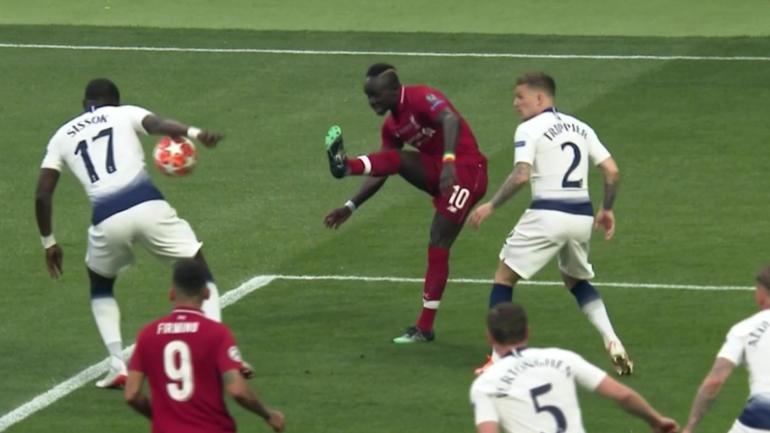 Controversy struck early in the 2019 Champions League final between Liverpool and Tottenham. Spurs midfielder Moussa Sissoko was called for a handball 23 seconds in inside the box, and a penalty kick was given. Mohamed Salah scored to give the Reds the 1-0 lead and take all of the momentum, with Divock Origi scoring the second goal late on. You can see more takeaways from the final here.

The winning goal came on a controversial play that really could have gone either way, and one World Cup final ref thinks the wrong call was made.

Take a look at the play here:

But was it really a penalty kick? A legendary referee told CBS Sports it was in no way a handball.

The ref, who officiated a World Cup final and numerous other big matches, said there was nothing intentional and nothing that warranted the call.

“No, that’s not a handball. It hits the body and then the hand,” the ref said. “The player doesn’t have his hand in an unnatural position to make himself bigger and block the ball.

Pretty cut and dry. The time in the game shouldn’t matter, as a penalty is a penalty, but this one certainly seemed like one that could have gone either way. I initially thought it would be overturned since it first hit him in the armpit area, but Liverpool caught a break to earn the ultimate dream start to the match.

Had it gone the other way, who knows how things would have played out, but Liverpool fans will take it and Spurs fans hope to soon forget it.