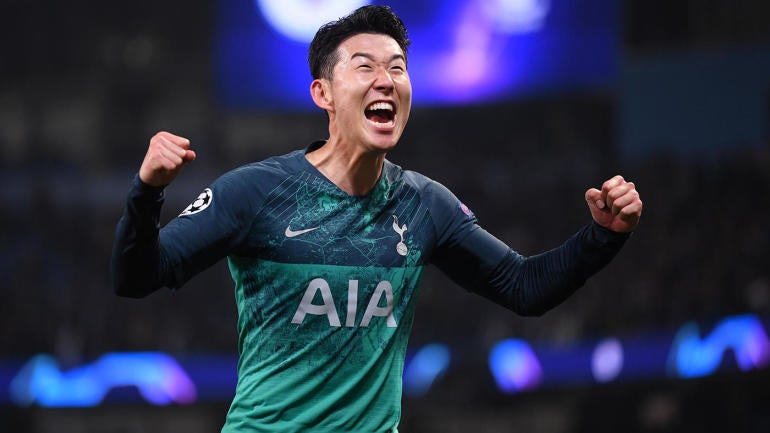 Everybody loves the underdog, and that’s exactly the role Tottenham will play on Saturday when it faces Liverpool in the Champions League final. Saturday’s match in Madrid will mark the club’s first appearance in the Champions League final which makes it above and beyond the most important match in its history. With Harry Kane set to return to injury, Spurs appear to be at full strength and looking to beat Liverpool for the first time all season. While it’s a game that can go either way, here are five reasons why Tottenham will win the final — which you can watch or stream on Saturday via fuboTV (Try for free).

Look, Liverpool’s comeback against Barcelona was something else, but they needed three goals in 90 minutes. Spurs got three against Ajax in a half to move on to the final. You can argue what Spurs did was more impressive than what the Reds did the previous night. After looking like a lock to miss the final to coming back the way they did without Kane, it’s the biggest momentum producer possible. It was improbable, as was beating Manchester City in the quarterfinals. Don’t you remember that disallowed Raheem Sterling goal in added time that looked to have sent City through? Good fortune has followed this team closely and it will continue.

2. Back from injury, Kane will make the difference

He’s Tottenham’s best player, one of the world’s greatest strikers, and having him back is a massive boost to this team on the field and for confidence. It’s hard to see Tottenham beating Liverpool without Kane, but with Kane they have a clear shot. Even if he only logs 45 minutes, he’ll get a few good looks at goal and will put away at least one. He’s got at least 24 goals for Tottenham in each of the past five seasons. He can add to his five Champions League goals on Saturday.

3. We’re due for a first-time champion

Sometimes you just get sick of the same teams winning. Liverpool has five titles. Real Madrid has 12. Barcelona has won the competition numerous times as well. It’s time for some fresh blood to lift the trophy. In a game where money dominates, having Tottenham win this tournament when it looked like it never had a chamce would do wonders for the sport. It would give teams that thought winning would be just a dream a realistic belief that they can do what Tottenham is going to do. Out with the old, in with the new.

4. Son puts this team over the top

One of the most underrated players in the world is Son Heung-Min. The South Korea star is an absolute animal, as he showed against Manchester City in the quarterfinals.

The 26-year-old has lived in the shadow of Kane yet has averaged nearly 20 goals a season over the last four. He’s mobile, clinical, does well to create his own look on goal if a pass isn’t there, and he’s one of the better players in the Premier League despite not getting the recognition. If Kane does start, then Son won’t have as much pressure on him to perform, but when the pressure is on he usually delivers. Kane will be enough to pull even with Liverpool, but Son will be the difference to put the team over the top with a late goal.

The Reds just can’t win a final with Klopp or a title. They’ve lost in the League Cup final in 2016, the Europa League final the same year, and then last year in the Champions League final. When they’ve needed it most, the attack just hasn’t shown up in competitions. They’ve scored just one goal in each of their three cup finals under Klopp, while conceding seven times. The defense has improved, but the attack hasn’t delivered when needed. That will continue to be the case, giving Tottenham enough chances to put them away, and Spurs will do just that. It will be another trophy-less night for Klopp’s Reds.