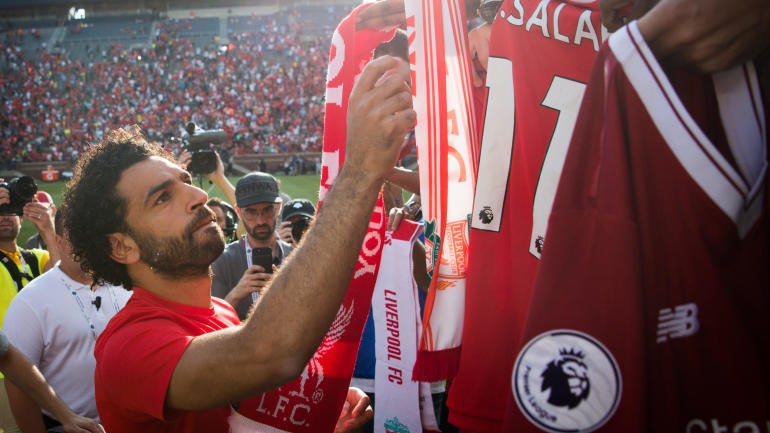 Liverpool enters the 2019 Champions League final against Tottenham on Saturday as the favorite, and it’s no surprise considering the team was in the final last season. It has more victories than Tottenham this season and it beat Spurs twice during this current campaign. The Reds are set up well to win the Champions League final in Madrid on Saturday — which you can watch or stream on Saturday via fuboTV (Try for free) — especially with an improved defense and experience up top. Here are five reasons why Liverpool will win on Saturday:

1. Liverpool is stronger in every facet of the game

The Reds are the stronger team. Just look at the season they put together in the Premier League. Liverpool finished in second place and with 26 more points and seven more victories than Spurs. Liverpool is stronger in every facet of the game, boasting a better backline, defense, midfield, attack and coach. All of those are signs that the Reds are simply superior and will be enough to lead them to victory. All year it felt like Liverpool was a contender to win the Premier League and the Champions League. The same can’t be said for Tottenham. This is one of the biggest clubs in the world against a team that dreams to be big.

When Liverpool got carved up last season’s final against Real Madrid, it was with a defense that wasn’t quite there and a goalkeeper that simply wasn’t mentally prepared in Loris Karius. A year later, Virgil van Dijk has turned into arguably the best central defender in the world, Joel Matip is in fine form, Trent Alexander-Arnold and Andrew Robertson are assist machines, and signing Alisson from Roma has turned out to be a fantastic move in goal. The Brazilian is one of the world’s top goalkeepers. He is as sturdy as can be and seems to make all the right decisions. Having a defense to combine with an out-of-this-world attack bodes well for Liverpool in the biggest game of the season.

3. Jurgen Klopp will keep his promise

When he signed for Liverpool, he said that in four years he thought the team would have a title, hinting that he may need to leave if he didn’t accomplish it.

“Please give us time to do the work but when I sit here in four years I think we may have one title,” Klopp said. “If not maybe the next one [will be] in Switzerland.”

Maybe the fourth time is the charm. He lost the League Cup final and Europa League final with Liverpool in 2015-16, and then the team lost the Champions League final last season.

This is his last chance to make good on that prediction and he’ll do it.

4. Mohamed Salah will be the difference

When you’ve got the best player between the two teams, it’s a considerable advantage. Liverpool has that in Mohamed Salah.

The Egyptian star is as fast and clinical as they come and has been in sublime form this campaign. He’s got 26 goals this season, which is impressive, yet it is still below the 44 he scored last season.

One reason why he will be the difference is his hunger. After failing to win a trophy last season and in the Premier League this season (not to mention Egypt’s rough showing in the World Cup), he’s craving glory. For a player as big as him, he’s never won a major trophy as a member of Liverpool, Chelsea, Fiorentina or Roma. His last club crown was the Swiss Super League title in 2013-14. It’s time to hoist a trophy again.

5. The pedigree is there and will mean everything

Been there, done that for this club. Liverpool has won five Champions League titles, more than any other team in England. The club has long had the stigma of not being able to win its domestic league, but it has carried the trait of being a great club in continental play, hence all of the titles and final appearances. It’s been over a decade since Liverpool last won the Champions League, but the club’s history in the competition and the way this team can grind out results like the Liverpool of old will mean everything in what’s going to be a tight, emotional game. Liverpool as a club knows what European glory is like, and on Saturday these new crop of players finds out.