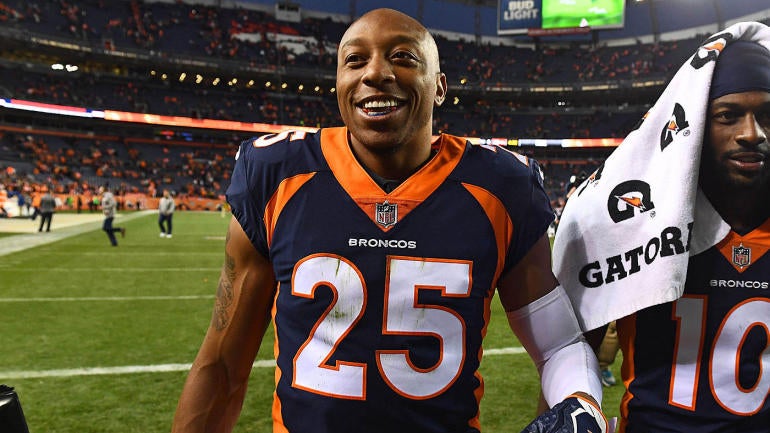 Chris Harris won’t be getting the new contract he wanted from the Broncos, but he will be getting a hefty raise for the 2019 season.

According to 9News in Denver, Harris and the Broncos have agreed to terms on a contract adjustment that will give the All-Pro corner a raise of nearly 40 percent on his total pay for 2019.

“We have a lot of respect for Chris as a player and for everything he’s meant to our organization,” Broncos general manager John Elway said in a statement. “This contract adjustment recognizes his value to our team and the high expectations we have for Chris as a Bronco this season and hopefully for years to come.”

Although the two sides have been negotiating for several weeks, it appears that the Broncos were able to seal the deal by offering Harris some serious bonus money. According to 9News, Harris will get a $650,000 bonus just for showing up to Denver’s next round of OTAs, which start on Wednesday. The 29-year-old corner will also get a $600,000 bonus when he reports for training camp in late July.

The new deal makes a lot of sense for both sides. On the Broncos’ end, the restructured contract means they won’t have to worry about their best defensive back turning into a distraction going forward. For Harris, although he’s still not getting top corner money, the deal makes sense because his contract is still set to expire after the 2019 season, which means he’s in line for a huge raise next year in either free agency or by getting hit with the franchise tag.

The deal between the two sides ends several weeks of drama that started back in April. In the weeks leading up to the NFL Draft, Harris reportedly gave the Broncos an ultimatum: Give him a new contract or trade him away.

At the time, Elway promised to talk with Harris’ camp after the draft.

“We’ll see,” Elway said. “Like I’ve always said, Chris has been a great Bronco for a long time. As I’ve said, once we get through the draft, we’ll sit down and I look forward to talking to Chris myself, personally, and see where we are.”

Despite giving the Broncos an ultimatum, Harris made it clear that the ideal scenario for him would be to stay in Denver.

“I always wanted to retire here,” Harris said, who was named first-team All-Pro in 2016. “I’ve been patient. I’m still open to coming back. I’m never closing that door until they close it. We could still get a deal done with the Broncos. … Oh yeah. It’s not over yet.”

The four-time Pro Bowler has spent his entire eight-year career in Denver, and thanks to the restructured deal, Harris will now be spending at least one more season with the Broncos as a happy employee.

In today’s NHL rumor rundown, there is news that Alex Lafreniere might be considering options outside the NHL if the 2020-21 season is delayed too long. Meanwhile, the NHL has decided on what constitutes an NHL playoff teams versus a non-playoff team. The Vancouver Canucks and other Canadian teams are considering major training camp changes […]