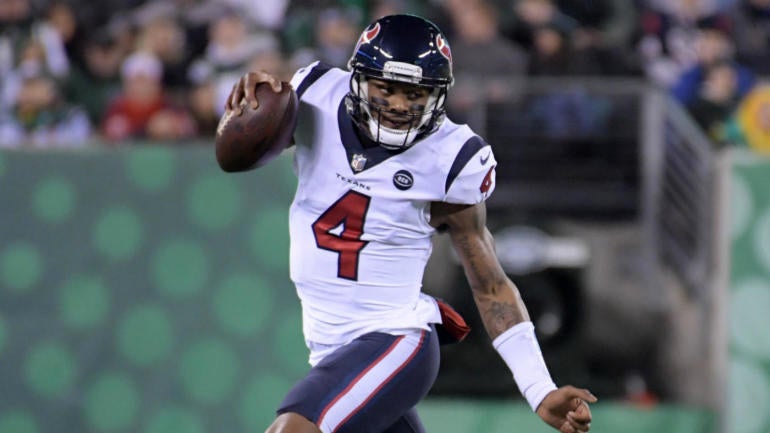 The NFL is not linear. Teams, generally speaking, are not moving upward or downward in a clear path from year-to-year, in a straight-ahead manner.

Rather, plotting the success or failure of any franchise from year to year would tend to produce a zig-zag jutting up and down, with nebulous factors like health, ability to maintain a quality coaching staff, retirements, and the ebbs and flows of the schedule having much to say about the plight of a team. Sure, there are exceptions to the rule – the top third of the league that is generally flirting with 10-12 wins and sniffing playoff position and a bottom third that can go decades on end without the ability to ever pretend it could contend for anything. In between, things tend to vary greatly by the season.

Other than a unique period of time in which the Brad Childress-led Vikings managed to improve by two wins per season over a four-year period ending in 2009, I can’t recall too many instances where a team stayed trending upward in such a predictable manner. Because many of those same uncontrollable forces that helped boost teams beyond expectations a year ago – picking at the top of each round, playing a last-place schedule, enjoying notable stretches of great health and, especially, cohesion at the point of attack, tend to swing in the other direction. Regression is the name of the game. (Oh yeah, and turnovers tend to be cyclical, too, except when it comes to the Patriots and fumble recoveries).

A year ago at this time the Jacksonville Jaguars were screaming out as the team most likely to take a big step back in the 2018 season, and, well, that was indeed the case. This year, in conversations with several NFL team executives after the draft dust has settled, a handful of division winners from last season were routinely mentioned as franchises that could slide backwards in 2019. Doesn’t mean they won’t eventually get to the promised land, but very well mean they were struggle to get back to the lofty heights they reached in 2018.

Here are the five 2018 division winners I believe are most poised to take a step back in the upcoming season, from most to least:

Problem No. 1 is Andrew Luck is back and spectacular and the Colts are just coming into their own. And the Texans took some big gambles in addressing their offensive line, which was desperate for immediate help, in the draft instead of trading up for a sure-thing, and Deshaun Watson has already sustained major injuries each of his first two seasons. No team’s draft got panned more by its peers than Houston’s in chats with evaluators. This team almost blew its season in the first month a year ago and benefitted greatly from some bizarre coaching decisions that managed to go its way. I suspect that evens out this year. If they are not markedly better along the offensive line this could fall apart quickly. And can JJ Watt stay that healthy two years in a row? These are questions being asked in other front offices. Oh yeah, and if they come out of the gate stumbling again, there is no help in sight. In the first even weeks they face the Saints (road), Jags, Chargers (road), Panthers, Falcons, Chiefs (road) and Colts (road). Yikes.

Chuck Pagano is a stud defensive coordinator and shares some lineage with departed Vic Fangio, but that is a significant change to the unit that has carried this franchise for years. A year ago the Bears were top three in time of possession (31:48) – they led all of football in 1st half TOP (16:51) – and turnover ratio (plus-12, just behind Houston) and were able to protect and ease the offense along. I have a hard time seeing that not change some, and Mitch Trubisky will have to take a major leap forward. Consider – the Bears never trailed in nine games last year and trailed for just 1:15 in another (Week 1) and just 6:24 against the Rams at home. Trubisky went from Oct. 21 – Dec. 9 (his missed two games to injury in that span) without having to throw a single pass while playing from behind; not sure that will be the case again. When the Bears trailed for even 15 minutes or more in a game they were 1-4, with the lone win against the worst team in the NFL (Arizona). Call me crazy but I doubt they go 10 weeks again next season basically never trailing in a game. Only twice all of last season did Chicago lose the turnover battle, and once the Bears offense got off their 15- play script, things slowed considerably (Trubisky had a 111.7 rating in 1st quarter and 85.9 in the 2nd; He threw 20 TDs-9 INTs with a 97.96 rating when tied or leading and was 4-3 with a rating of 86.9 when trailing). Difficult to maintain a scenario where they trail so infrequently and go 10-2 within their conference. Six of their final 11 games coming out of the bye are against 2018 playoff teams. Oh yeah, and they recently worked out nine dudes to potentially kick for them in 2019, when I expect more close games (Bears had average margin of victory of 12.67 points in 2018).

They went on a magical little ride after the Amari Cooper trade saved their season, but I am far from convinced they pick up where they left off. All of the issues with the defensive line – what should be a strength of the team – and so many players either suspended or with a suspension history has to give you pause. This team has won nothing but is going to keep handing out record contracts to skill players who may not perform to the level of their new contracts and cracks have started to form in what was a once-impervious offensive line. Dak Prescott is who he is, I believe, and at $25M-$30M a year people are going to be expecting a lot more downfield. This has been a average-at-best outfit by and large for decades and that is kinda baked into their DNA. I am a skeptic. Schedule gets more daunting late with the Pats visiting for Turkey Day and three of the final four games against 2018 playoff teams.

That Super Bowl hangover thing tends to be real and this offense bogged down big-time after Cooper Kupp got hurt and it is difficult to expect him to be in top form coming back from an ACL. Todd Gurley‘s knee is going to be a thing week-in, week-out until proven otherwise and they are going to be circled on everyone’s schedule now. Need Aqib Talib to play at an All-Pro level at age 33 or things could be very dicey on the back end. I’m a little worried about the OL as well. Sean McVay will have the right messaging and keep this group together after that difficult Super Bowl experience, and they will still be a factor in the NFC … I just don’t think we’ll be talking about them being undefeated at the midpoint of the season again and their division stands to be much tougher, too. Rams first five road games: Panthers, Browns, Seahawks, Falcons, Steelers, all within the first 10 weeks.

Much like the Rams, I am not going to call for any sort of massive collapse given the coach and QB assembled in KC. Patrick Mahomes is good for a playoff appearance, just not sure he has another 50 TDs in him and I have concerns about the upheaval and tumult in KC going back to Kareem Hunt being kicked off the team midseason. Tyreek Hill is a huge cog in that offense, but will the NFL actually allow him to play in 2019? The defense may have treaded water, when it needs to make major gains, and a lot of heart-and-soul players departed this offseason. The best team in all of football may be over in LA (Chargers), and I can’t help but wonder if this offensive line takes a step back as well. Anyway, these are first-world NFL problems to have and Mahomes looks like an all-time great, so there are no windows to worry about in KC anytime soon.