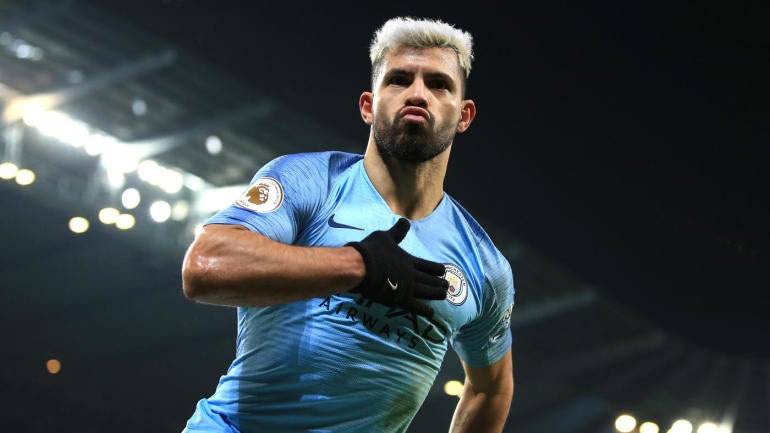 A champion will be crowned Saturday when Manchester City battles Watford in the 2019 FA Cup Final. Manchester City is looking to make history as the first team to win the domestic treble in England. Manchester City has won both the Premier League title and EFL Cup already this season, while Watford is making its fist appearance in the FA Cup Final since 1984. Kick-off from Wembley Stadium is scheduled for 12 p.m. ET. Oddsmakers list Manchester City as a -475 money line favorite (risk $475 to win $100), while Watford is going off at +1100. The draw is +565 after 90 minutes plus injury time, and the over-under for total goals scored is three. Before you make any Manchester City vs. Watford picks and FA Cup Final predictions, you need to see what European football expert David Sumpter has to say.

And the model has been red-hot again this season. It made some huge calls on the final day of the Premier League, including Crystal Palace (-115) over Bournemouth, Manchester City (-650) over Brighton, Liverpool (-330) over Wolves, and an extremely profitable draw between Chelsea and Leicester City (+260). Anyone who has followed it is up big.

Now, the model has its sights set on the FA Cup Final 2019. We can tell you the model is leaning under, but its much stronger play is on the Manchester City vs. Watford money line. You can only see that pick at SportsLine.

The model has taken into account that Manchester City is fresh off winning its second consecutive Premier League title. It’s the first time a Premier League club has won back-to-back titles since Manchester United did so in 2007-08.

Pep Guardiola’s side could also become just the fourth team to win both major domestic cup competitions in the same season with a victory over Watford on Saturday. And if history is any indicator, Manchester City will enter Saturday’s final full of confidence. That’s because Manchester City has beaten Watford in its last 10 matches across all competitions, which includes a 3-1 victory at the Ethiad in March.

But just because Manchester City has dominated the Hornets doesn’t mean it’ll earn a victory against Watford in the FA Cup Final 2019.

The model is also well aware that Watford’s attack has been sensational in the FA Cup this season. In fact, the Hornets have scored five goals in their past two games, while their defense has also kept a clean sheet in three of their last five FA Cup matches.

Watford’s attack is led by Gerard Deulofeu, who’s scored 12 goals in all competitions this season. He’s been in exceptional form as of late, scoring nine goals in his last 13 games. He scored two goals against Wolverhampton Wanderers in the FA Cup semifinal, which includes the game winner in the 104th minute.

So who wins the FA Cup 2019 Final? And where does all the betting value lie? Visit SportsLine now to see which side of the Manchester City vs. Watford money line you need to be all over, all from an expert who created a model that’s returned a 2,000 percent profit on the bookmakers’ closing odds.