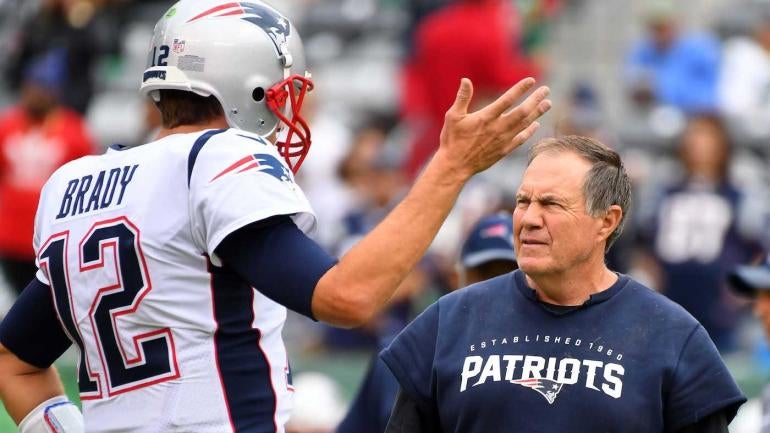 Remember when reports suggested Tom Brady and Bill Belichick had internal issues that threatened their New England Patriots dynasty and were on the verge of an apparent divorce?

Well, the dynamic duo has done nothing but win their sixth Super Bowl together since then, appearing in their ninth title game since 2001 and confirming their place in history among NFL legends. But that doesn’t mean Brady and Belichick always get along.

As former Patriots fullback Heath Evans revealed on a recent episode of Your Mom’s House Podcast, the longtime coach and quarterback have shared criticisms over the course of their careers, with Brady getting “coached harder than everyone else.” Weeks after another ex-Patriot, tight end Martellus Bennett, said Brady used Belichick’s critiques as motivation, Evans provided a specific example of Belichick calling out his future Hall of Fame QB, reciting a rather amusing exchange from 2007.

“We smoked a team by like 50 points, and Bill comes in and he’s mouthing off at Brady about something,” explained Evans, who played in New England from 2005 to 2008. “I’m trying to remember how it started, but he was like, ‘If you weren’t so worried about you and Gisele’s next GQ magazine, maybe, just maybe, you wouldn’t have thrown that interception. What is this, Christmas? It’s October, Brady. Christmas come early or something? I could go to Foxborough High and get someone to throw that ball better than you.'”

Proof that Brady truly isn’t immune to a Belichick scolding: In 2007, the year Evans referred to, the Patriots finished 16-0, and Brady won his first NFL MVP award, throwing a then-record 50 touchdowns.