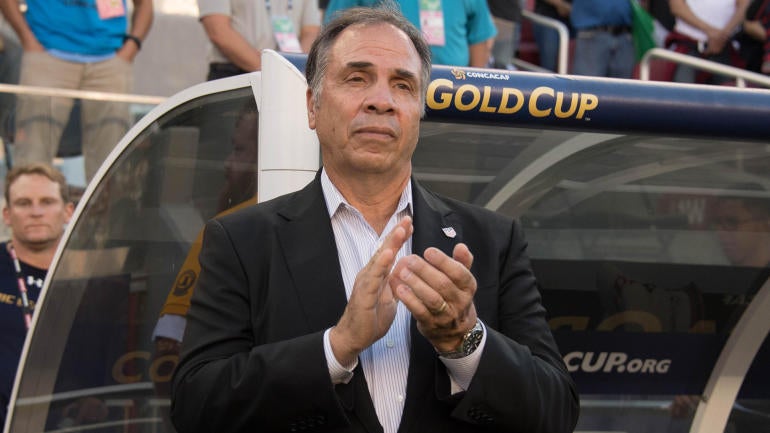 There’s no doubt the New England Revolution need a resolution to their problems, and the man tasked to turn things around is former U.S. men’s national team coach Bruce Arena. On Tuesday, the team announced that Arena was hired as their new head coach and sporting director.

This comes after the team fired coach Brad Friedel and general manager Mike Burns.The Revolution are dead last in the Eastern Conference with 11 points from 13 games and a record of 3-2-8. The Revolution have conceded 31 goals so far this season.  No other team in the conference has even conceded 20. Here’s more from the Revolution:

“Bruce is one of the most successful coaches in American soccer history, and we feel his commitment to excellence, track record of winning championships in Major League Soccer, as well as his success at the international level, makes him the best person to bring the Revolution back to MLS Cup contention,” Revolution Investor/Operator Robert Kraft said. “We have known Bruce dating back to the advent of MLS, and we have full confidence that he will raise the level of our club to the standard we all expect and demand.”

If Arena is the man, it’s certainly an interesting move and not all that surprising. Though his second stint as the United States men’s national team coach was considered by many as disastrous after the team failed to qualify for the 2018 World Cup in Russia, his track record in the MLS speaks for itself. He won two MLS Cups with D.C. United and three more with the Los Angeles Galaxy, in addition to five College Cups at the University of Virginia. If anybody knows about what it takes to win in MLS, it’s him. Now whether he’s capable of doing that in a dual coach-general manager role remains to be seen.

The Revolution will host Chelsea in a friendly on Wednesday at 8 p.m. ET, and you can see the match on fuboTV (Try for free).

Ranking the best NFL draft picks of all time: Ronnie Lott headlines the top five players taken at No. 8