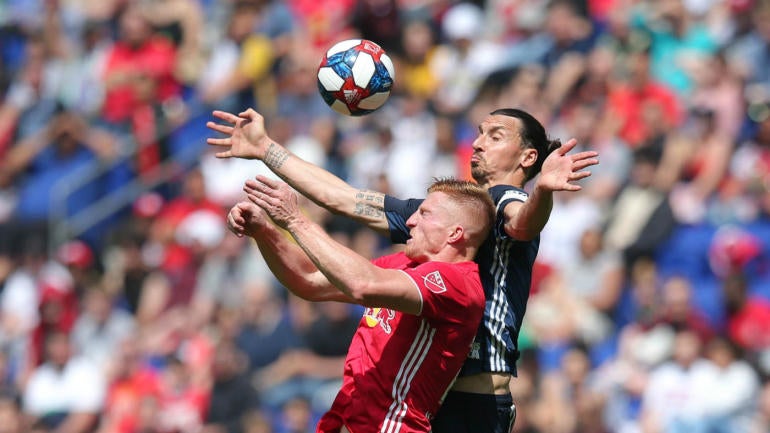 This weekend’s Major League Soccer action saw the Los Angeles Galaxy lose for just the second time all season, Houston Dynamo win the Texas derby and a special clash on Sunday with Sporting Kansas City taking on Atlanta United in a battle of two of the most talented teams in all of MLS. Here’s the scoreboard, schedule and what to see:

In a match that featured 36 shots and five goals, it was the New York Red Bulls who got the narrow 3-2 victory to hand the Galaxy their second loss of the season. It was the Red Bulls’ third win of the season as they have now strung together victories for the first time.

Derrick Etienne scored the winner 67 minutes in, which came after the Red Bulls managed to come back from a 2-1 deficit. Zlatan Ibrahimovic, as usual, managed to score again but it was not enough as the Galaxy went on the road and saw their seven-match unbeaten streak snapped. Here are the highlights: