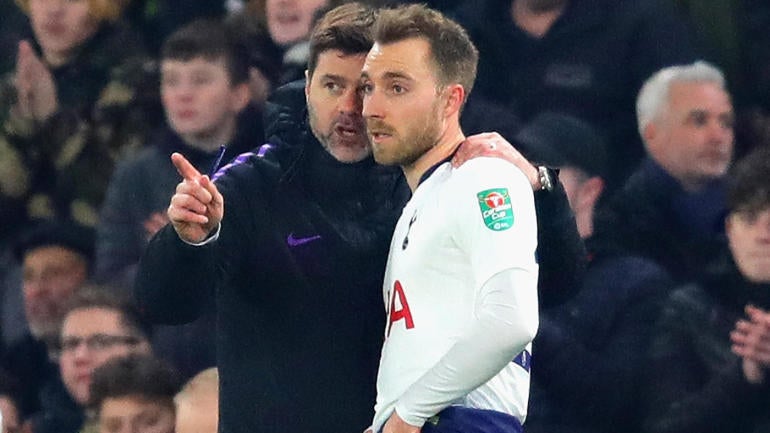 The first leg of the UEFA Champions League semifinals get underway Tuesday when Tottenham hosts Ajax in London. Tottenham enters Tuesday’s match having lost three of its last four games, while Ajax is unbeaten in its last eight. Kick-off from Tottenham Hotspur Stadium is at 3 p.m. ET. Oddsmakers list Tottenham at +140 odds to win (risk $100 to win $140), while Ajax is going off at +195. The draw is +235, and the over-under for total goals scored is 2.5. Before you make any Tottenham vs. Ajax picks or Champions League semifinal predictions, you need to see what European football expert David Sumpter has to say.

And the model was red-hot in the Champions League quarterfinals. It made some huge calls during the second leg, which included Liverpool (+105) over Porto and Barcelona (-290) over Manchester United. Anyone who has followed it is up big.

Now, Sumpter has set his sights on Tuesday’s Champions League semifinal. We can tell you the model is leaning toward the over in Tottenham vs. Ajax, but its much stronger play is on the money line, saying one side has all the value. You absolutely need to see it before locking in any picks.

The model is well aware that Tottenham is making its first appearance in a Champions League semifinal. Spurs advanced in dramatic fashion despite losing 4-3 at Manchester City in the second leg of their quarterfinal. It was an action packed match that saw five goals scored in the first 25 minutes. Tottenham’s Son Heung-min found the back of the net twice in the first 10 minutes, however he’ll be unable to suit up on Tuesday against Ajax due to yellow card suspension. That’ll be a major blow for Spurs as Heung-min has scored three of their last four goals in the Champions League.

Tottenham will also be without its star striker Harry Kane, who remains sidelined with an ankle ligament injury. Despite their injuries, Spurs have enough offensive firepower with Christian Eriksen, Dele Alli and Lucas Moura all capable of breaking through Ajax’s young defensive line, who’ve given up at least one goal in nine of its last 10 games across all competitions. Plus, Tottenham has won four its last five home games.

But just because Tottenham has played well at home doesn’t mean it’ll earn a victory against Ajax on Tuesday.

Ajax last played in the Champions League semifinals in 1996-97. Ajax is a team filled with young players who seem to have a knack for the big stage. Ajax earned a hard-fought road victory over Cristiano Ronaldo and Juventus in the second leg after drawing the Italian giants at home. The Dutch side also scored four goals on the road against Real Madrid, who’ve won this competition the past three seasons, in the round of 16. Ajax’s attack has proven to be lethal in front of goal, having scored 13 goals in its last four games.

So who wins Tottenham vs. Ajax? And which side has all the value? Visit SportsLine now to see which side of the Tottenham vs. Ajax money line you need to be all over, all from an expert who created a model that’s returned a 2,000 percent profit on the bookmakers’ closing odds.