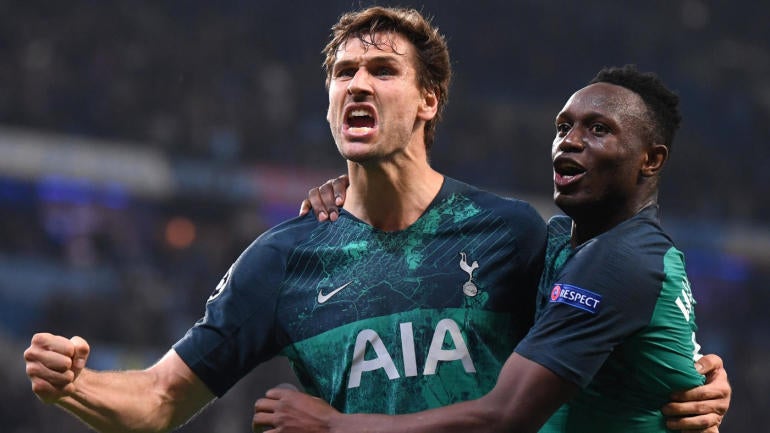 The Champions League semifinals kick off Tuesday when the two biggest surprises of the competition meet up in London. Tottenham, fresh from knocking out Manchester City in the competition, welcomes Ajax to Tottenham Hotspur Stadium for the first leg. Ajax, like Spurs, is riding a massive wave of confidence. The Dutch club knocked out Juventus, one of the favorites and three-time reigning champ Real Madrid on its way to the semis. It’s a clash of two teams that nobody had making it this far, and only one will come out on top and become the surprise finalist.

Here are the lineups:

And everything else to know:

Tottenham: It remains to be seen if Harry Kane can return for these matches with his ankle injury, and if he can’t go, things could get a little complicated. Son Heung-Min is out of the first leg due to suspension. It’s a different looking Spurs with Lucas Moura in the final third, but without Son and Kane, this team may have to rely on Fernando Llorente in attack.

Ajax: No fear and nothing to lose. By knocking off Real Madrid and Juventus, this team couldn’t have any more confidence. On the road it has won at Real and Juve in the knockout stage, so against a weakened Spurs team, why can’t they do it again? They’ll gladly take a draw with goals though, and they will go forward in numbers to get at least one away goal.

A fantastic match with plenty of chances sees Tottenham get the narrow win, but an away goal from Ajax keeps the door wide open for them to move on.