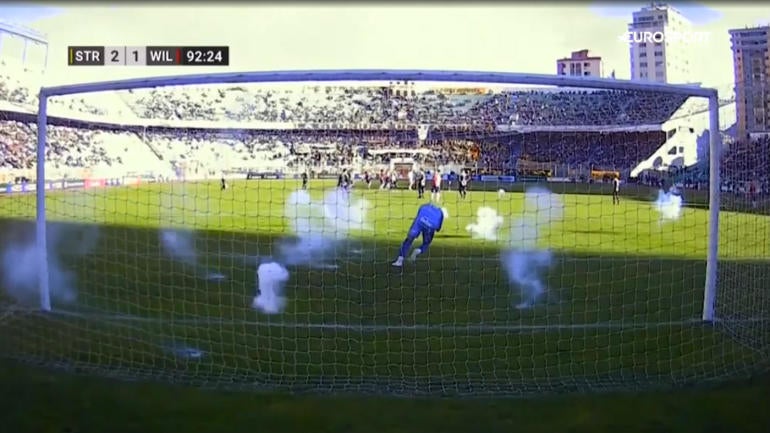 Sunday’s match in the Bolivian league between The Strongest and Jorge Wilstermann ended prematurely following a scary moment. The Strongest goalkeeper Daniel Vaca, who used to mind the net for Jorge Wilstermann, collapsed to the ground in a bizarre scene as firecrackers went off around him in the 94th minute.

Vaca was standing near his own net with his team leading 2-1 in stoppage time when the firecrackers went off at Estadio Hernando Siles stadium in La Paz. According to The Sun, the away fans “targeted” him. After Vaca collapsed, police entered the stadium and referees called the game.

Vaca was taken to the hospital for a buzz in his ears.

The keeper has been with The Strongest since 2011 and has 161 caps. Before joining them he notched 41 caps with Wilstermann. At 40 years old, Vaca has 15 caps this season.

Although police swarmed the stands, it’s reportedly unclear if any arrests were made.