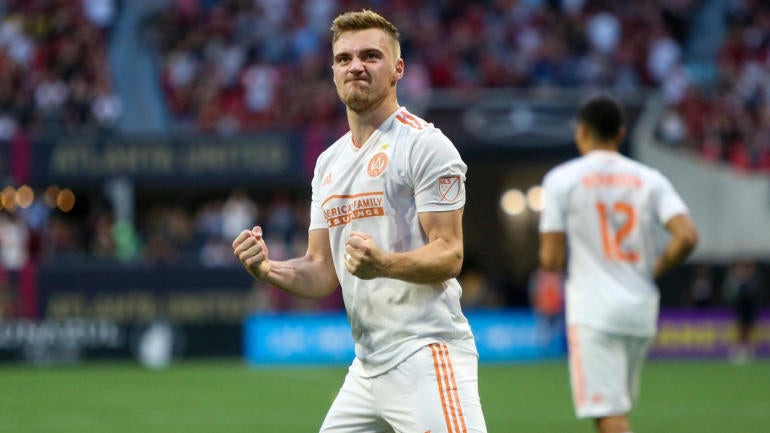 Major League Soccer’s weekend action has given fans a couple of surprises, and two teams that were struggling are now finding a bit of form. There were eight games on Saturday including a wild one with eight goals, while Sunday’s slate saw LAFC and Seattle battle it out in the Pacific Northwest. Here are three things to know from this weekend’s action.

Atlanta United may be finding a bit of confidence

Atlanta United’s season has been far from great, but the team has taken six points out of the last nine to at least give this team some hope of making the playoffs. It’s still early, but the play still really isn’t there. A 1-0 win over Colorado and a 2-0 win over New England sandwiched a 2-1 loss to FC Dallas.

The victories against Colorado and New England were narrow wins and really don’t give us an indicator of Atlanta improving. After all, New England is last in the Eastern Conference while Colorado is the same in the Western Conference. For a team with so much talent, we just haven’t seen that ability yet in front of goal. But if this team has any hope of staying in the playoff picture, it’s going to have to do something soon. Sporting Kansas City and Toronto FC are next, and we’ll know a lot more about this team after those games. It’s a chance to prove this team isn’t the opposite of last year’s team, and it all starts with the ability to put shots on frame. In the two wins, Atlanta only put 11 of 34 shots on frame.

The Timbers are another team that have been able to get into the win column. After failing to win in its first six, Gio Savarese’s team has earned back-to-back victories over Columbus and Toronto. This is a team that scored just three goals in its previous five games, but in the two wins, the Timbers found the back of the net five times. Both wins came on the road, and the one at Toronto was impressive. Portland was efficient in passing and managed to come from behind to take home a 2-1 win against a really talented team.

If you didn’t see the Sporting Kansas City and New England Revolution game, check out the highlights. It was an all-time classic. There were two red cards, eight goals and 29 shots. Sporting had 83 percent of the ball and six goals came within a 37-minute period.

It was just one of those that are hard to explain. On paper, Sporting should win a game like this easily, but Brad Freidel’s team was able to show it can put the ball away, even it can’t defend well.