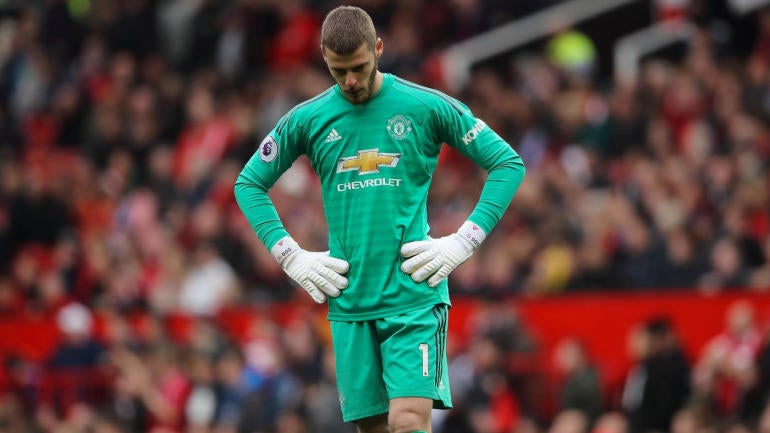 Chelsea has cemented itself as the favorite for fourth place in the Premier League after going to Manchester United and earning a point in a 1-1 draw on Sunday. The Blues outplayed United and could have won it, but they did enough to increase their lead over fifth-place Arsenal to two points. Marcos Alonso got an equalizer late in the first half on another error from David de Gea.

Here’s what to know:

United started off as the stronger side under all of the pressure. United really needed to win this one. Things got off to a perfect start with Juan Mata scoring against his former team 11 minutes in to set the tone.

And the Red Devils continued. They had chances to go up 2-0, but then another de Gea error was on display. Just before the break, a long shot from Antonio Rudiger wasn’t handled properly by de Gea, falling right to Alonso for the narrow finish.

And that’s how the half ended, with both teams failing to really look sharp in the final third.

Despite the lack of goals, what a half it was. United pushed forward and came close on a Marcos Rojo header late, but his effort was cleared off the line by Pedro. Striker Romelu Lukaku was ruled offside a handful of times, ending a few chances for United to grab a winner.

Chelsea had chances of its own down the left, including one in the final seconds where de Gea stoned Gonzalo Higuain from two yards out.

It’s the de Gea error. It’s baffling how a goalkeeper can go from looking like the best in the world to a backup. He doesn’t make that error, and United perhaps wins the game and becomes the favorite for fourth. Now, they’ll likely miss out on next season’s Champions League.

Player of the game

Mata: It’s hard to choose, really. But Mata had a good match. He got his goal on his birthday and was confident on the ball.

Manchester United has won just one of its last seven matches in all competitions. That’s not going to get you anywhere.

Starting Lukaku. I mean, I get why. He’s got the size to give the Blues trouble, but he was awful. Time and time again he was offside and never a threat. Nothing more than a backup striker at this point.

What the result means

Chelsea is in fourth with 68 points and looks to be in great shape to hold on for a Champions League spot. United is three points back, and while the Red Devils still have a chance, they are going to have to rely on others.

United goes to Huddersfield on Sunday, while Chelsea hosts Watford at 9 a.m. You can watch Premier League action on fuboTV (Try for free).